Joe Biden, the presumptive Democratic presidential nominee, says that the killing of George Floyd has had a greater global impact that the assassination of Rev. Dr. Martin Luther King, Jr., largely due to the impact of modern technology.

The Hill reports that at a roundtable in Philadelphia, Biden said that he believes Floyd’s death has spread the message in the same way that television cameras captured the protests of the Civil Rights movement.

“Even Dr. King’s assassination did not have the worldwide impact that George Floyd’s death did,” Biden said at the roundtable. “It’s just like television changed the Civil Rights movement for the better when they saw Bull Connor and his dogs ripping the clothes off of elderly black women going to church and firehoses ripping the skin off of young kids.”

Biden provided a video tribute to Floyd during his Houston funeral on Tuesday. In the address played at the service, Biden said that Americans can no longer turn away from the realities of racism and police brutality. 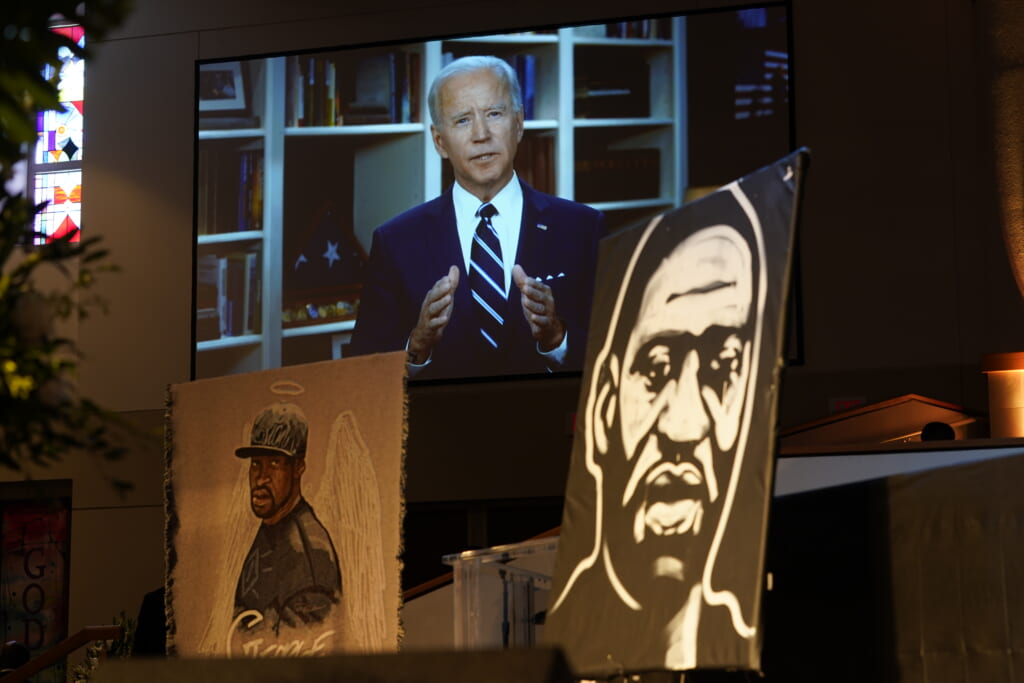 “Now is the time, the purpose, the season to listen and heal,” Biden said in a five-minute video from his Delaware home. “Now is the time for racial justice. That’s the answer we must give to our children when they ask why. Because when there is justice for George Floyd, we will truly be on our way to racial justice in America.”

Biden, a Pennsylvania native who spent 8 years as vice president under Barack Obama after decades as a U.S. Senator from Delaware,  also said that he supports police reform efforts.

“I’m convinced that with rational proposals that cost a lot of money the American public is ready to step up,” he said. “They understand the need to make these systemic changes, dealing from racism to structures that our economy has just stacked the deck against anybody that doesn’t have any money.”