Teyana Taylor wears many hats – actress, singer, wife, and mother. And now, the Harlem-born hyphenate is preparing to add to her already full plate. She and husband, NBA free agent Iman Shumpert who has lately added rapper to his resume, are expecting their second daughter. 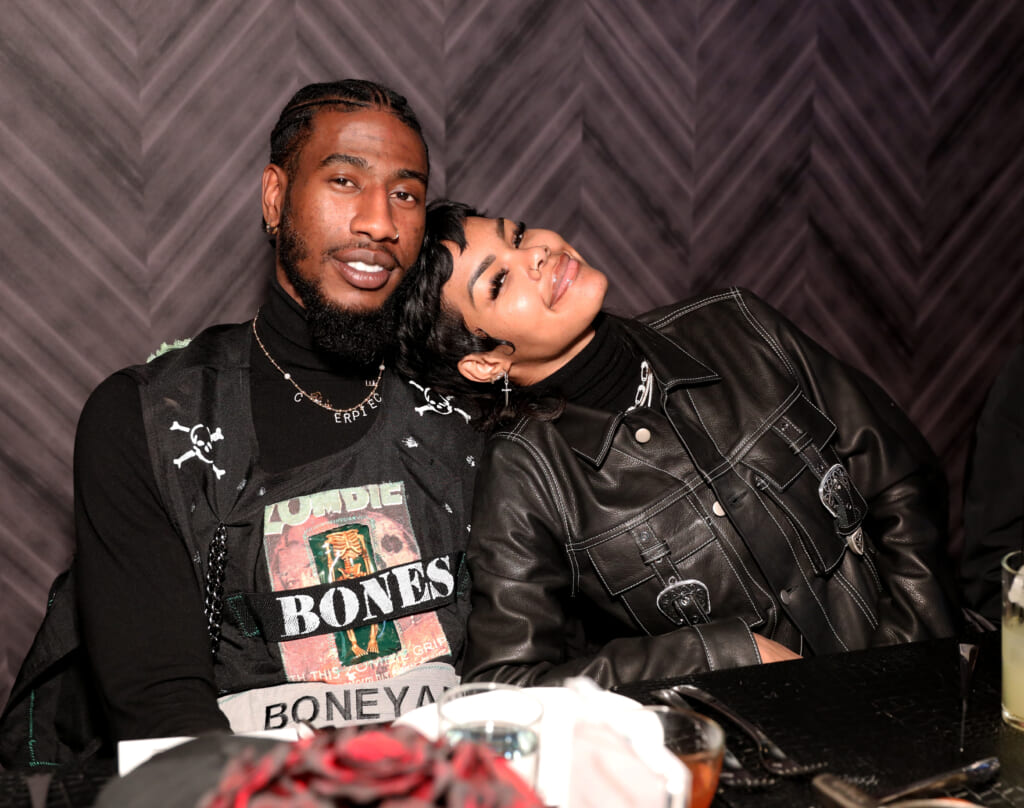 Taylor “announced” the pregnancy in a video for her new song “Wake Up Love” which features her husband, who adds a rap verse. Taylor and Shumpert are joined in the video by her daughter, 4-year-old Junie, who is shown brushing her father’s arm away as she hugs her mother’s pregnant belly.

“Kids handle siblings differently,” Taylor told People.  “You have kids that are a little bit jealous. But she’s so excited and preparing herself to be a big sister. She constantly kisses my stomach, she constantly talks to the baby. Even when we go to the store, she’s like, ‘Okay, mom, this is for the baby.’ She’s so ready. She’s going to be such a great big sister.”

Taylor also revealed that the single is the first from her new album called The Album which should be on its way to you soon, although the actual release date announcement won’t happen until Monday. She says working on the video was a beautiful experience and the energy of it reflects the song.

Happy Thanksgiving from my family to yours!!! ❤️ I been in and out the house puttin food on the plates/ puttin stones on her finger/ keep the jewels in her safe/ put cash on the crib bought toys for the kids/ tuck bug under covers, bought a rolls for her mother! #funkflexfreestylereference

“With what we’re going through right now, we need to wake up to a lot of things,” Taylor said.

“Creating life is something that, as parents, you must prepare for to protect our kids. Tomorrow is not promised. I want you to see me, hear me, feel me, because I could’ve lost you yesterday, I could lose you today, I could possibly lose you tomorrow … so let’s just love on each other.”