Meek Mill defends B. Simone who is accused of plagiarizing book

B. Simone is being accused of plagiarizing her bestselling book, “Baby Girl: Manifest the Life You Want,” from bloggers but Meek Mill doesn’t want the culture to cancel her.

The 30-year-old self-declared “Manifest Queen” was accused by Ell Duclos of Boss Girl Bloggers of stealing content from her book on Friday. She shared passages of where the content was taken and attributed to Wild ‘n Out star as though it were her own work. 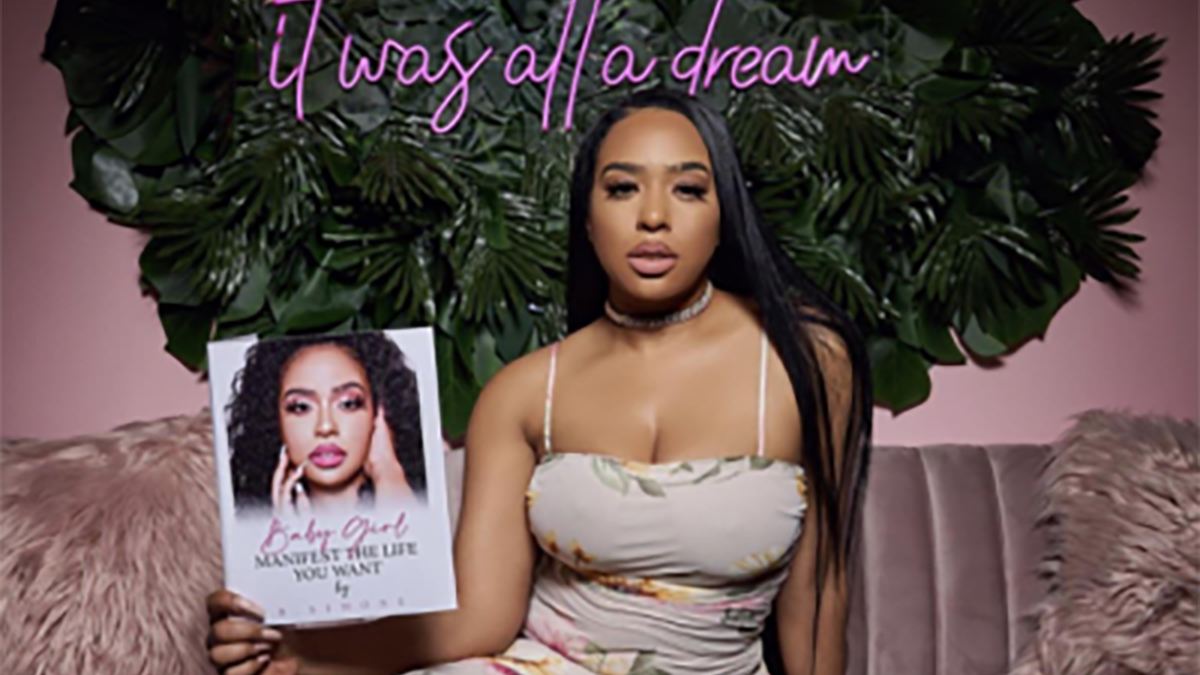 READ MORE: B. Simone says she refuses to date a man with 9-to-5 job and gets dragged

“Would love for @TheBSimone to STOP taking small content creators’ hardwork and selling it as her own!!!” the blogger wrote. “Disgusting. This is not entrepreneurship. This is PLAGIARIZING.” The same user followed this tweet up with some clearer photos, saying, “My content & her book she’s selling. Word for word. Gross.”

Would love for @TheBSimone to STOP taking small content creators’ hardwork and selling it as her own!!!

Disgusting. This is not entrepreneurship. This is PLAGIARIZING. pic.twitter.com/CCSQ88A85e

Others soon posted their own receipts of Simone allegedly taking their work from Pinterest and blogs without being given any credit.

“Wow, just a look through her twitter and she has also plagerized an identical page from @happinessplannr too…,” Bloggers with Grace wrote.

Symfani Gibson also highlighted another instance where the copy from Simone’s book originally appeared somewhere else.

READ MORE: Quarantine and chill with these books during pandemic

Went on Pinterest and found this exact page… pic.twitter.com/PW8UX0gOSk

Simone has not yet responded to the allegations but the link to purchase the book on her website has since been removed. Her manager, Mary Seats, also known as Mz. Skittlez, did comment on Instagram. She blamed the company that designed the book.

“Definitely a mistake you have to imagine she hired a design company,” she wrote. “Check your DMs. We are in a lawsuit with the firm.”

READ MORE: B. Simone talks manifesting an empire and saving $1M before 30

Meek Mill seemingly took offense to Simone being called out and spoke up in her defense Sunday in a series of tweets. He criticized the Black community for “canceling” one of their own.

“Finding ways to display hate towards our own when they start doing good is showing amongst us a lot,” he tweeted.

The Philly rapper also noted that larger corporations have been guilty of doing the same or worse but there was no rush to end business ties with them. He felt it was hypocritical to hold the Wild N Out star to a different standard.

B Simone canceled because she finnesed a book and made her way from the bottom lol what major companies y’all cancel for ripping our culture off? finding ways to display hate towards our own when they start doing good is showing amongst us a lot!

“B Simone canceled because she finnesed a book and made her way from the bottom lol what major companies y’all cancel for ripping our culture off? finding ways to display hate towards our own when they start doing good is showing amongst us a lot!

Meek’s tweet garnered a lot of support but also pushback from those who felt he was indulging in double standards himself. At the height of his battle with Drake in 2015, Meek accused Drake of using a ghostwriter on their “R.I.C.O.” collaboration and argued that hurt his credibility.

How Meek defending B. Simone for plagiarism, but was ready to end Drake because he supposedly had a ghost writer? pic.twitter.com/gkwJGPlOLi

Meek is an example of how black elites will defend each other at the expense of regular people. B. Simone scammed her own customers + stole content from six different women, including a black woman! If your riches is at the expense of scamming other black folks, you gotta go.

The plagiarism accusations against Simone follow backlash she’s received in recent weeks. Last month, she was critical of how protesters chose to express their anger over the death of George Floyd. She was involved in more controversy last week when she declared that entrepreneurs were her preference and could not date someone with a 9 to 5 job.