Friends and family have taken to social media, making sure that no one forgets Oluwatoyin 'Toyin' Salau's name 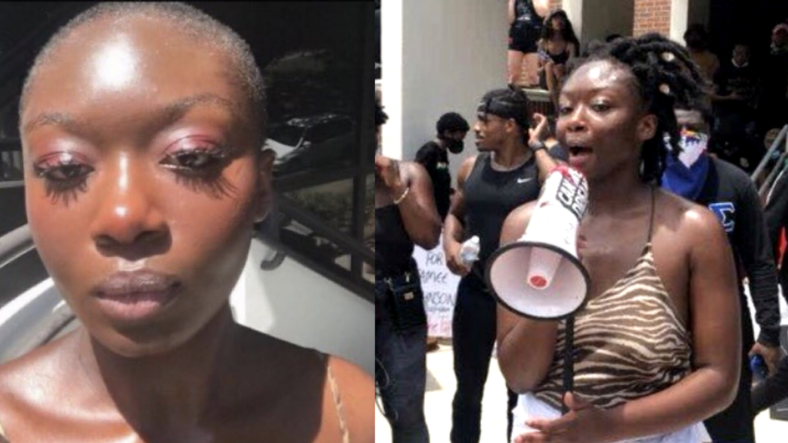 The 19-year-old Black Lives Matter activist was last seen on June 6 in Tallahassee, Florida shortly after tweeting that a man sexually harassed her.

The afternoon before her disappearance, Salau shared the violation with her community. She tweeted, “He came disguised as a man of God,” she wrote, “I trusted the Holy Spirit to keep me safe.”

Black Twitter began speculating on Sunday that Salau and 75-year-old Vicki Sims were found in Tallahassee, but police did not confirm the news until Monday afternoon.

A young black woman of Nigerian descent came on twitter to give details of how she experienced sexual harassment and went missing for days after that.

She was found dead in Tallahassee, Florida few hours ago.

Her name was Toyin Salau

The local police department released a statement on Facebook, saying that they received permission from the family to release the names of the victims and that the Tallahassee’s Special Victims Unit is investigating her death.

According to a report from Tallahassee.com, a search party was conducted to find Salau with demonstrators carrying flashlights and posting flyers saying, “Have you seen me?”

The young woman had recently spoken at Black Lives Matter protests in Florida. She was identified as the victim of a double homicide.

According to WXTL, an ABC affiliate, the suspect has been identified as Aaron Glee, Jr. No other details about the man have been released.

Sims was also a well-known volunteer in the area, dedicated much of her time to the Tallahassee AARP.

In a statement, the organization said, “Vicki worked tirelessly to improve the lives of others – as a dedicated advocate for older Americans; a committed volunteer for AARP, Second Harvest Food Bank of the Big Bend and other community causes; a devoted mother and grandmother; and a passionate, fully engaged citizen, helping our nation to achieve its highest ideals.”

Oluwatoyin Salau, known as “Toyin,” has been celebrated on Twitter, with users writing “She deserved justice. She deserved to live.”

Oluwatoyin Salau. the name of a beautiful, powerful, and strong black woman. she deserves justice. she deserved to live. after tweeting her sexual assault story and raising awareness, she was found missing and her body was just found. the tallahassee pd did nothing. she was 19 pic.twitter.com/PRlnhEn9hA

RIP Toyin. Stop killing Black women that are on the frontline for justice Stop killing black women PERIOD. Did way too much to lose her life like this. Rest in Power? pic.twitter.com/SifYVSBEhV

Salau’s death during the global pandemic and among global protests against racism and violence is viewed as suspicious.