Survey: Depression on the rise among Black Americans after Floyd death

Americans have been struggling with unprecedented levels of depression and anxiety due to the coronavirus, and now a new study has confirmed what many of us suspected all along: Black American’s stress levels have skyrocketed even more following the death of George Floyd.

READ MORE: Insecure’s Nathan reminds us that Black men are allowed to struggle with mental health too

According to a study conducted by the federal government, initially intended to examine the effects of the coronavirus, the trauma experienced as a result of the graphic video of Floyd’s murder, worldwide demonstrations and heated debates about race, have all taken a serious mental toll on Black and Asian Americans.

Both emotionally and mentally these two groups have been disproportionately and adversely impacted while rates of anxiety and depression have remained relatively stable among white Americans and even decreased among Latin Americans.

The Washington Post reports, “The rate of Black Americans showing clinically significant signs of anxiety or depressive disorders jumped from 36 percent to 41 percent in the week after the video of Floyd’s death became public. That represents roughly 1.4 million more people.

Among Asian Americans, those symptoms increased from 28 percent to 34 percent, a change that represents an increase of about 800,000 people.” 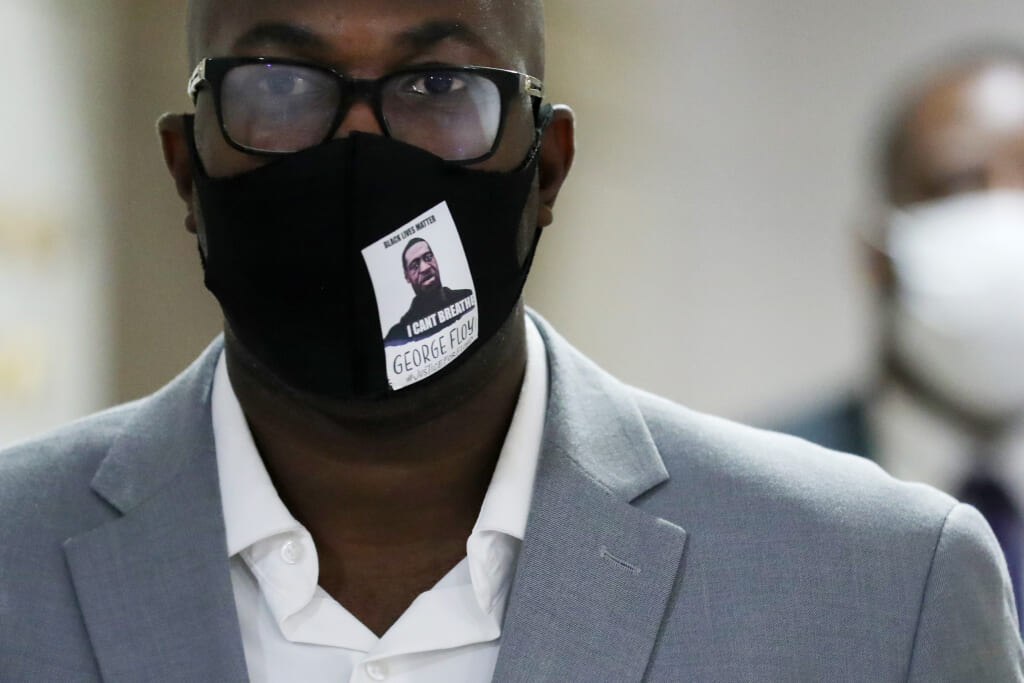 Philonise Floyd, the brother of George Floyd, wears a face mask with an image of his brother as he leaves a House Judiciary Committee hearing about police and law enforcement accountability in the U.S. Capitol Visitors Center June 10, 2020 in Washington, DC.  (Photo by Chip Somodevilla/Getty Images)

This disturbing new data comes from a weekly survey of U.S. households that was launched by the Census Bureau at the end of April. Included in the 20-minute 2020 Household Pulse Survey were questions commonly used by doctors to help determine whether patients might be suffering from a major depressive disorder or generalized anxiety disorder.

The results of these surveys have provided health professionals with a real-time snapshot of the country’s collective mental health.