OPINION: We have to be better about creating new social norms around black men and mental health.

Kendrick Sampson is pictured in a screenshot of “Insecure.”

I liked Nathan from the moment he and his Southern drawl hopped into Issa’s party Lyft.

I was over him when he got ghost. Then forgave him when he came back with the clutch block party plug. Since his debut in season 3, something about Nathan’s character has seemed sweet and genuine. He smiles at Issa when he talks to her. He looks her in her eye. And when she needs something—whether it be to handle a rude passenger in the back of her party Lyft or to show her a good time on a ferris wheel—he’s there.

So when he disappeared on her, I was one of the viewers who felt duped by him. But in Sunday’s episode of Insecure, we learned that Nathan was actually struggling with mental health issues during the time he ghosted Issa. This realization reminded me how commonplace it is for us, as a society, to forget that Black men go through mental and emotional challenges too.

READ MORE: #SelfCareSunday: Why giving yourself space is so important after a friendship ends

It’s so easy for us to look at Black men (like our beloved Nathan) and their strong demeanors and dismiss the idea that they could actually be struggling with anxiety, depression, or even grief. But they are human. And in many ways, we don’t give them room to be. Something as simple as not believing Black men when they express that they’re going through something stressful can be an example of how we contribute to a culture that forgets that they have mental health needs too.

Why Is It So Easy to Disbelieve the Mental Health Concerns of Black Men?

I’ll be the first to admit that I was ready to give Nathan the “why you always lyin” song and dance last season when he came to Issa with the apology flowers. I didn’t actually believe that mental health was the real reason for his disappearance until Andrew confirmed it on Sunday’s episode.

Kendrick Sampson is pictured in a screenshot of “Insecure.”

Yet, with his own words, out of his own mouth, Nathan had already shared that he struggled with mental health. He didn’t use some fancy clinical terminology. Didn’t wave an oversized banner to share the news. And he didn’t bring a slip from a therapist as proof. But in so many words, he let Issa know. Still, it didn’t register for many of us (or Issa for that matter) that the struggle was real. Why?

Possibly because in society’s unspoken hierarchy of acceptable behaviors from Black men, tending to their feelings and emotions is at the bottom. We’d much more readily accept that they were just up to no good. It’s an easier narrative. But we all have to do better. One of the ways we can do better is to pay attention to their signs of distress.

How Do Black Men Let Us Know They’re Struggling?

Dr. Mark Bolden, an assistant professor of counseling at Bowie State University, explained that behavior can be a big indicator of a mental health struggle. He shared that oftentimes mental health issues, like anxiety and depression, can show up in the form of changes in behavioral patterns, increased irritability or impatience, and anger.

Ronnie Sidney II, another black male therapist, echoed similar sentiments. In his fourteen years of counseling, Sidney has observed these same behaviors in his own clients.

“I’ve learned that men generally express depression or sadness through anger because it’s more socially acceptable,” he said. “Black men’s ability to show vulnerability is often constricted by their social norms or environment.”

We have to start creating social norms and environments that allow Black men the freedom to express themselves and work through their challenges. There have to be affirming spaces where Black men can go when they’re trying to heal. When these spaces are not readily identifiable, it’s easy to see why the “Nathans” among us sometimes turn to seclusion as an alternative. Something as simple as how we respond to their behavior can signal a welcoming, safe space for them—or not. 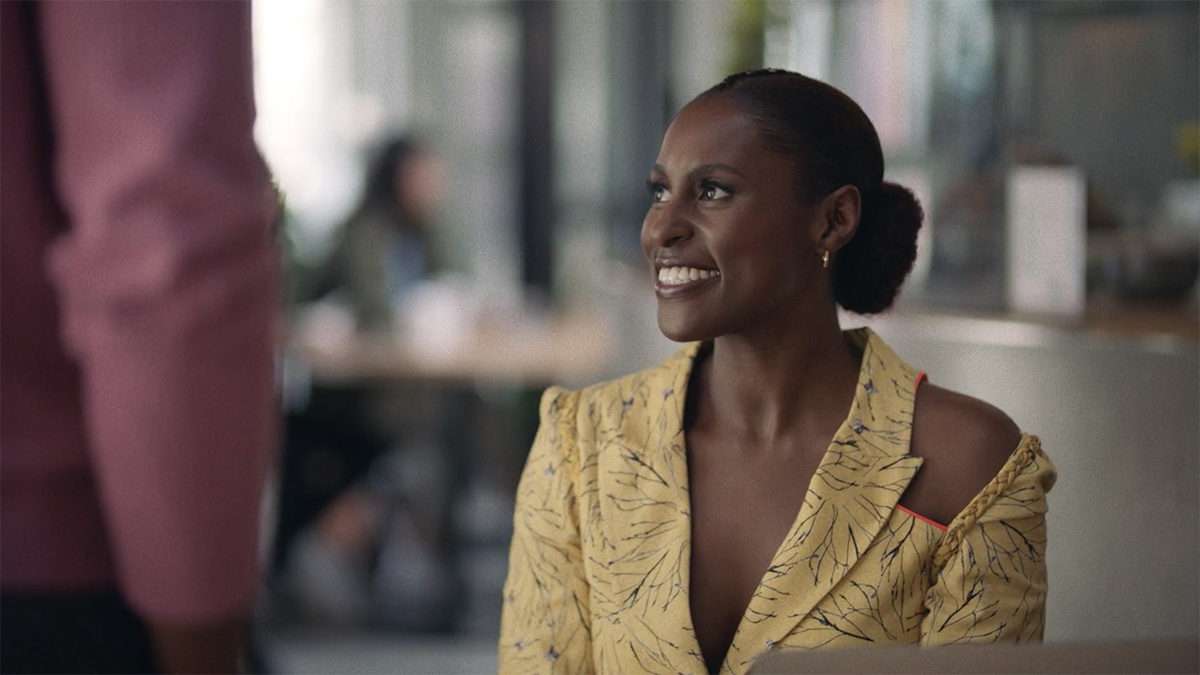 Last season, Nathan stumbled over phrases like “Sometimes… I get really down and kinda negative,” and “I just can’t talk to people sometimes,” when trying to explain his absence to Issa. He flat out said, “I was just dealing with a lot of sh*t.” He didn’t say, “I was depressed” or “I needed a mental health break.” But roughly translated, that’s what he meant. Those were serious words.

Issa’s response to this vulnerable, honest expression from Nathan was, “So you ghosted me…because you were in a bad mood?” Ouch! Depression is not simply a bad mood. Nathan doesn’t get a pass for failing to communicate that he needed space—that’s on him—but to call depression a bad mood is code for, “I don’t think your problems are all that serious.” Who wants to open up to someone after being met with that kind of response?

How Can We Help Change the Social Norms Around Black Men & Mental Health?

The things we communicate to Black men matter. We can ask for them to open up to us all day, but if our actions don’t support what we are saying (that this is a safe space), it may not be effective. Sidney shared that when trying to support Black men through mental health challenges, it can be most effective when we don’t personalize the actions of someone battling a mental health challenge.

“Don’t make the issue about you,” he said. “Mental health issues are related to chemical imbalances and mood disorders that are independent of individuals.”

Dr. Bolden shared that our words can be powerful tools to help us create welcoming spaces for black men. “Validating that experience of mental illness by believing the person and listening to them and not placing undue pressure on them is really supportive,” he shared. “Simple statements of belief and reminders that you’re not going anywhere or leaving can alleviate fears of negative outcomes due to the mental illness.”

Both Sidney and Dr. Bolden agree that Black men secluding themselves for long periods of time is not healthy. Some healthier solutions include daily stress-reducing activities, like physical activity, meditation, and yoga, Dr. Bolden suggested. Sidney added that therapy can be a helpful tool for working through issues as well. 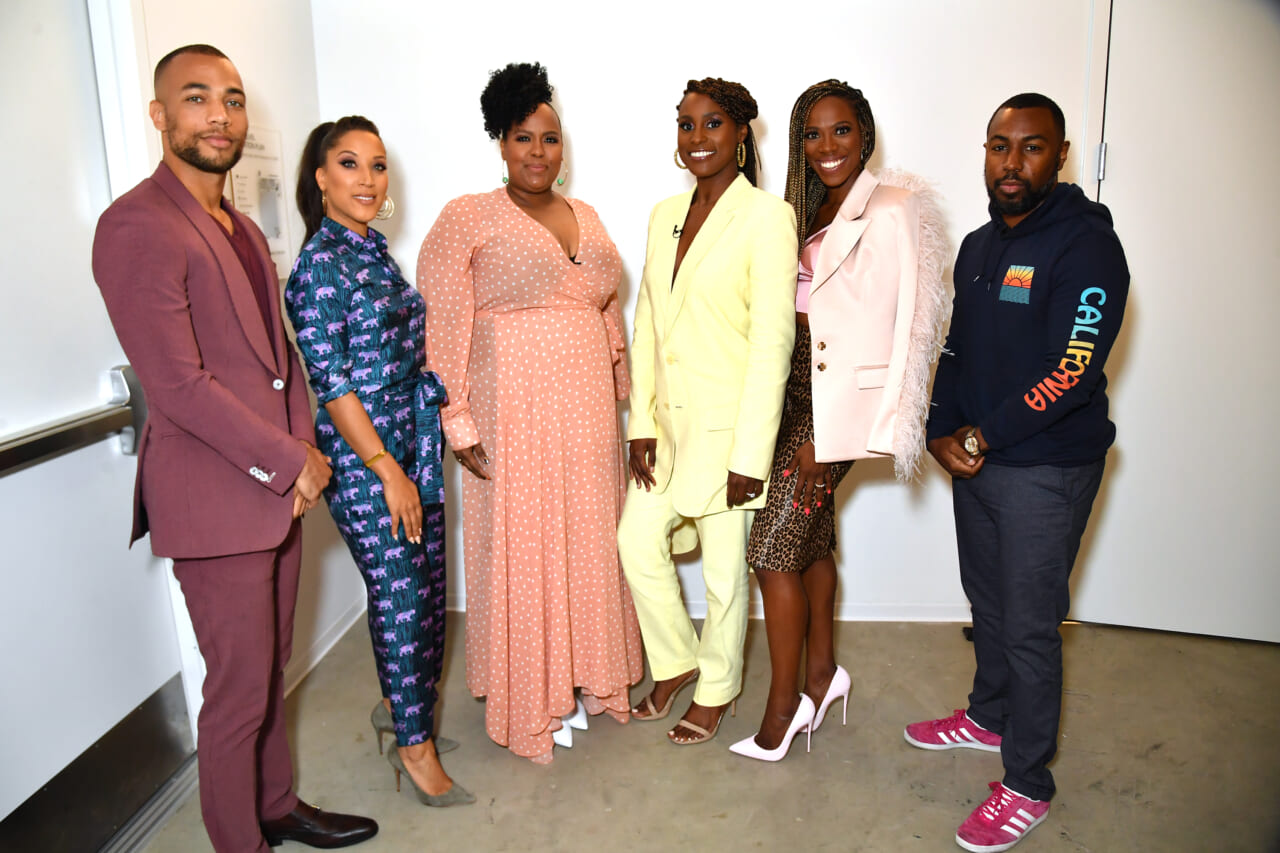 “My job [as a therapist] is to help the client discover the solution to their own issue,” he shared. All of these options can serve as alternatives to seclusion as Black men work to create new social norms on their end.

As a society, we have to be better about creating new social norms around Black men and mental health as well. “Creating a safe space where Black men are valued and given opportunities to express their vulnerabilities is key,” Sidney emphasized. “There aren’t many spaces that provide an appropriate outlet for Black men to heal themselves. Society focuses more on punishing Black men than healing them.”

I don’t have the solution to how we change the larger societal problems facing Black men and their mental health, but I do believe that one actionable step we all can take is to be more welcoming to the mental health needs of the Black men in our lives. Even as Black men are forced to see reflections of themselves die inhumane deaths through the graphic images of the Ahmaud Arberys and George Floyds of our world, they are still the last ones to be invited to sit at the mental health table with the rest of us. We have to do better.

Nathan’s story on Insecure reminds us that Black men go through the ups and downs of life just like everyone. The added stressors of racism don’t make that any easier. Just as Black women need safe spaces to unpack our burdens, so do Black men. We need their support, and they need ours. If each of us plays a part in normalizing new attitudes and practices surrounding Black men and mental health, all of us win.