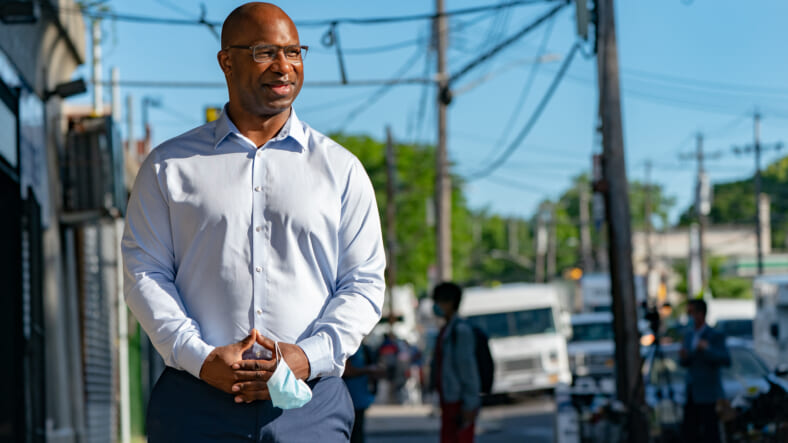 For anyone paying close attention, 73-year old U.S. Congressman Eliot Engel (D-NY) has been met with criticisms of being tone-deaf during a time of need for his constituents during the COVID-19 pandemic.

A hot mic caught the congressman saying, “If I didn’t have a primary, I wouldn’t care,” to the Bronx Borough President Rubin Diaz Jr. 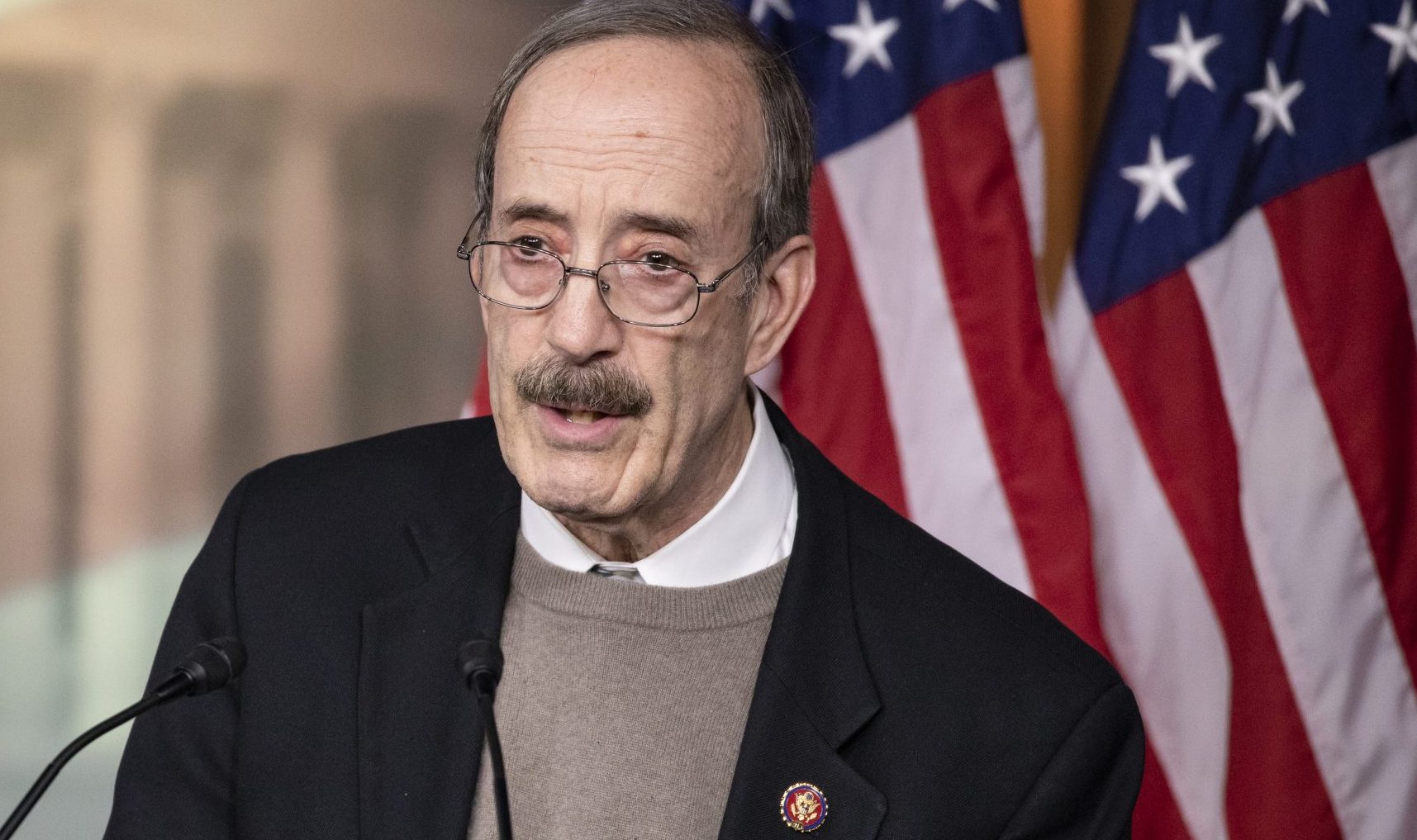 Representative Eliot Engel (D-NY) speaks about a trip to Israel and Auschwitz-Birkenau as part of a bipartisan delegation from the House of Representatives on January 28, 2020 in Washington, DC. (Photo by Samuel Corum/Getty Images)

Heading into Tuesday’s primary, Bowman has picked up endorsements from Senators Bernie Sanders and Elizabeth Warren and Representatives Alexandria Ocasio-Cortez and Ayanna Pressley.

Engel, for his part, has been endorsed by former U.S. Secretary of State Hillary Clinton.

theGrio spoke exclusively with Bowman about what inspired him to run for office, what troubles him most about his opponent, and why New York residents should vote for him.

“For the last 20 years, I worked in public education. I was an elementary school teacher, which I started doing in 1999 in the South Bronx. I did that for about five or six years before becoming a dean of students at the High School of Arts and Technology,” Bowman said of his background. 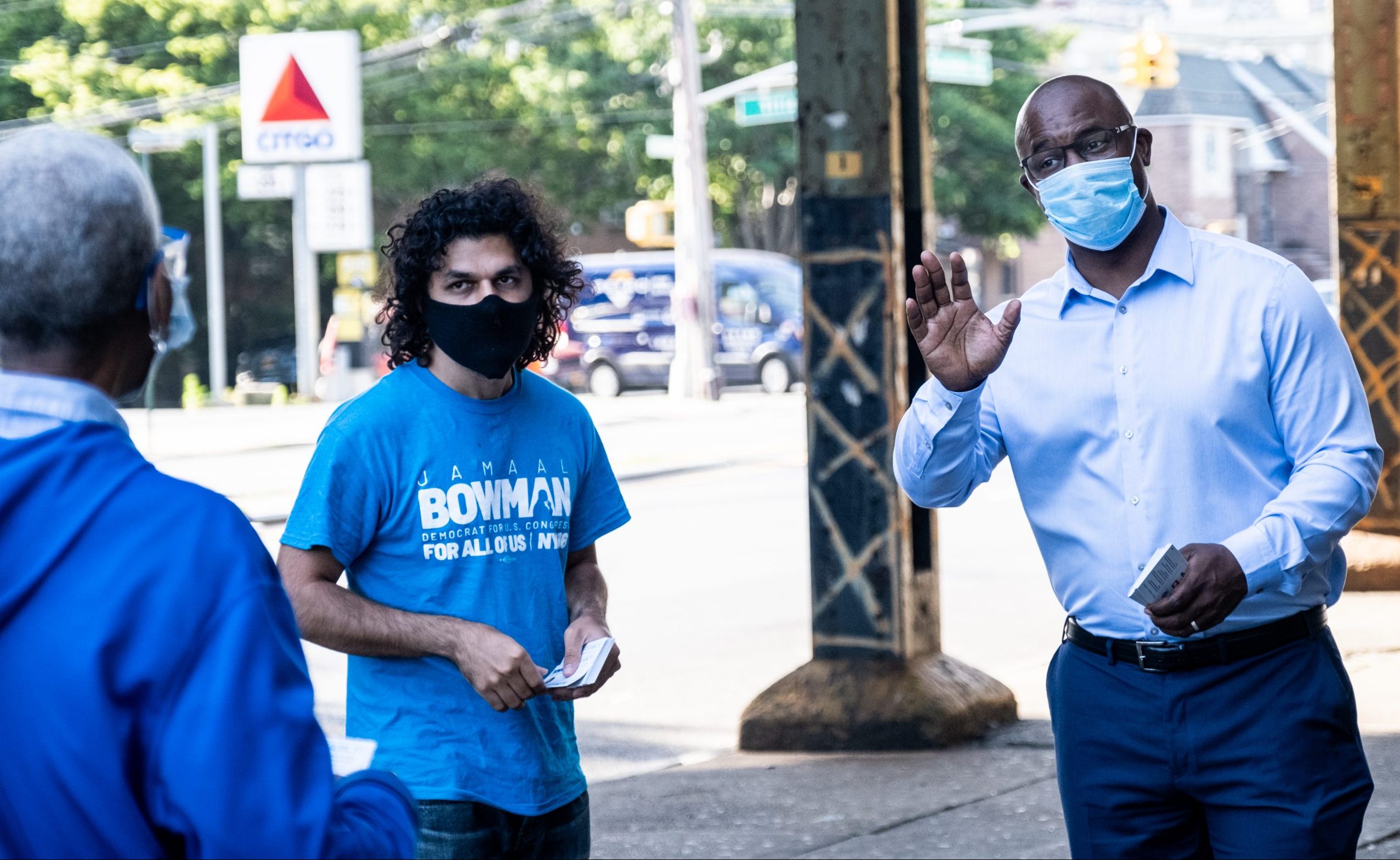 “I did that for about three years, and because my job there was to monitor metal detectors and capture students in the cafeteria when they were late to first-period class, and because I was seeming more like a correctional officer than an educator, I decided to organize parents, teachers and students and write a proposal to open up a new district community public school in the North Bronx.

READ MORE: Bronx boy, 16, says NYPD brutalized him, made him walk around naked

“We wrote that proposal in 2008, in 2009 we submitted it, and it was September of 2009 that the cornerstone for social action was born and I served in that capacity for 10 and a half years.”

It was seeing issues of students suffering and poverty being neglected that ultimately inspired Bowman to run for office.

“Our parents are very serious about education but, elected officials are more beholden to corporate interests,” Bowman told theGrio. “I am tired of our schools being under-resourced, neglected environmental justice, criminal justice reform not being discussed, and a lack of jobs that create creative opportunities for our kids.”

Bowman accused Congressman Engel of abandoning his community, saying “he’s completely funded by corporate tax and large dollars and does not have a connection to the grassroots organizations doing great work in his district across the city, state and country.”

He pointed out his biggest gripes with Engel’s record, including voting for the war in Iraq, voting against President Barack Obama‘s Iran deal, and simply being an inactive elected official.

“I think the biggest thing of all is the fact that he’s not here. He’s not striving for the people who need him the most. That is probably the biggest issue I have,” Bowman said.

New York Public Advocate Jumaane Williams told theGrio that he endorsed Bowman because he believes he will do a better job of standing up for constituents — even when it’s not the popular thing to do.

“One of the primary reasons we find ourselves where we are today is because too many elected officials who represent us lack the courage, political will or political desire to stand up to the system of inequity and privilege that’s given them a little stature and too much comfort with the status quo,” Williams said.

“Change is on the horizon and requires a leader fully committed to do the work of the people. The people of the 16th Congressional District need more than status quo representation — the time for courageous progressive action is now and that is what Jamaal Bowman will bring to the Bronx.”

Bowman said it is very “humbling” to have such political heavyweights supporting and believing in his run for Congress. “It is very exciting, but … endorsements don’t equal victory,” he added.

“I’m a person who’s been a fighter, a collaborator, a listener, a learner, and an innovator throughout my entire career,” Bowman said.

Earlier this week, Bowman tweeted that he was “in a New York State of Mind”  and I asked him a question that any native New Yorker of a certain age can answer: Billy Joel or Nas?

The hip-hop fan’s answer was short and simple: “Nas!”

If you are a registered voter in the Bronx or Westchester, be sure to make sure your voice is heard on Tuesday, June 23.