Bronx boy, 16, says NYPD brutalized him, made him walk around naked

EXCLUSIVE: While police allege Jahmel Leach committed arson, the teen maintains his innocence and says he was simply trying to get home. 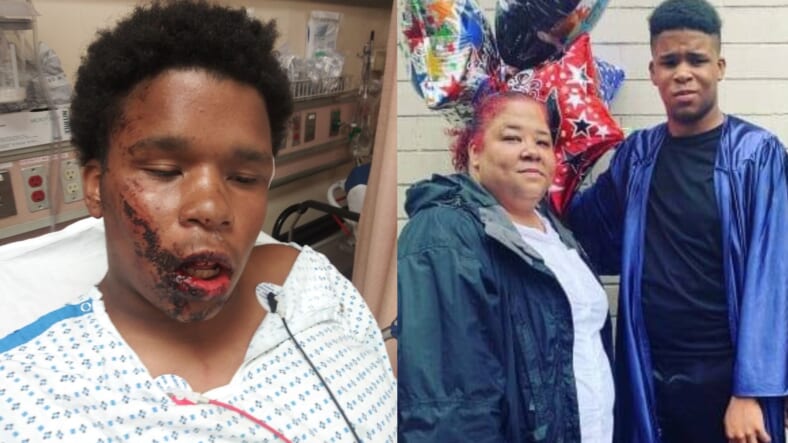 Jahmel Leach says he was ambushed by NYPD officers on June 1 and was beaten and tased, which led to his hospitalization. (Photo: Courtesy of Jahmel Leach's family)

Some in New York City and all across the United States have made a tremendous effort to protest police brutality, specifically against Black Americans. And, unfortunately, despite a large number of protesters and possibly more eyes watching than ever before, some members of law enforcement continue to brutalize civilians.

That is what 6-foot-1 tall, 16-year-old Jahmel Leach alleges happened to him as he walked home in the Bronx near Fordham Road.

TheGrio spoke exclusively to Leach about his encounter with the New York Police Department (NYPD), how, allegedly, his civil rights were denied, and the injuries he suffered.

“I was in the area of the protest during the evening around 8 p.m.,” Leach tells theGrio of the night of Monday, June 1, one that he says changed his life forever. “I was not participating in a protest because I am scared of crowds. I was outside during the protest walking home.”

In addition to protests, police claim riots and looting took place in that area of the Bronx that night.

While the NYPD alleges that Leach was committing arson, a misdemeanor, Jahmel says no such thing happened. “I was approached by several police officers, who unexpectedly slammed (me) to the ground and tased me to the left temple,” Leach recalls.

“I don’t remember how I received all the injuries to my face and body. I woke up in a police car being taken to the precinct. I was in a cell (with adults) coughing up blood.

Jahmel said that he was eventually taken to St. Barnabas Hospital. While there, he asked to call his mother and was denied.

“The doctors refused to treat me without my mother’s permission because they knew I was a kid,” the teen added. “Once the doctors called my mom, she came to see me in the hospital. I was shackled and handcuffed to the hospital bed. She tried to take photos but I heard the officers tell her to stop.” 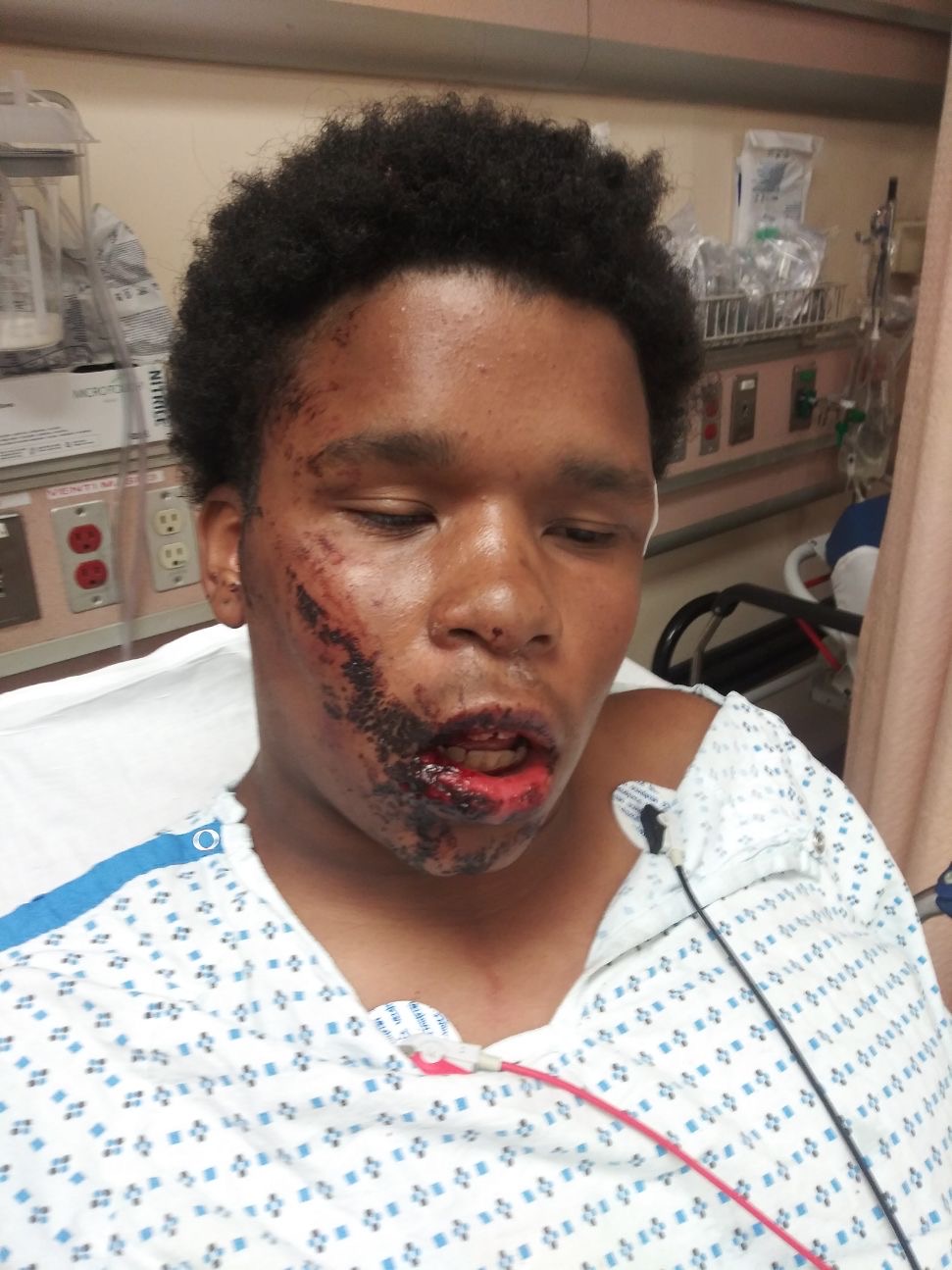 After leaving the hospital, Jahmel’s mom said she did not see her son until she picked him up from the 52nd precinct in the Bronx, where they say his civil rights as a human being were once again violated. When the arresting officer, Kevin Hickey (Badge number 17829), a veteran of the force of nearly five years produced Jahmel, he was without any clothing or shoes.

Because of the injuries suffered, which include broken teeth, theGrio conducted the interview with Jahmel Leach via email, because his jaw is still wired shut. Asked about how his recovery is going, Leach said, “slow because I have pains and can’t speak so I just keep it in.”

Jahmel is maintaining a journal to express his thoughts. “It is unfair that I have probation when I was the one NYPD beat up and injured. The police made me walk around naked from the hospital and to the precinct, then I asked for my clothes and the police said no.”

Because of his age and the investigation into what happened to Jahmel Leach, the NYPD was only able to reveal that he was arrested for arson on June 1.

Jahmel wants the City of New York to recognize that all people should be treated with respect and dignity especially minors and even those accused.

Daisy Acevedo, Jahmel’s mom, is outraged by the abuse her son endured by the hands of NYPD. “If I was responsible for these injuries to my own child, I would be in jail as a parent!” she said. The mother said she wants the same consequences for the officers who assaulted her son.