Taxpayers may get a second payment but if it happens, Congress says its likely to be the final one

Tonya Pendleton   |
U.S. President Donald Trump the week the House of Representatives passed the latest economic stimulus package that was passed earlier in the week by the U.S. Senate giving roughly 484 billion to restart a small business loan program and give more money for health care providers and virus testing. (Photo by Drew Angerer/Getty Images)

President Donald Trump has been accused of mishandling the coronavirus in favor of keeping the economy afloat. Whether you agree with that logic or not, most taxpayers had no problem accepting the first stimulus check sent out to help those who lost their jobs during the COVID-19 pandemic.

Trump says a second stimulus ‘package’ is coming and he promises it will be ‘very generous.’ As reported by Forbes on Monday, in an interview with Scripps’ Joe St. George, Trump said that the announcement would come in “a couple of weeks.”

VIDEO: President Trump commits to 2nd stimulus. He says details would be announced in the coming weeks. The President would not tell me how much of a check Americans will receive. pic.twitter.com/Abd5E8P3Au

Trump didn’t specify an amount or a time. He did say “package,” which has left some to wonder if he meant another benefit program like the HEROES (Health and Economic Recovery Omnibus Emergency Solutions Act), which has already passed in the House and would send another $1200 check to taxpayers. This act is intended to provide benefits to frontline workers, including grocery store employees whose jobs became riskier when the COVID-19 virus hit. 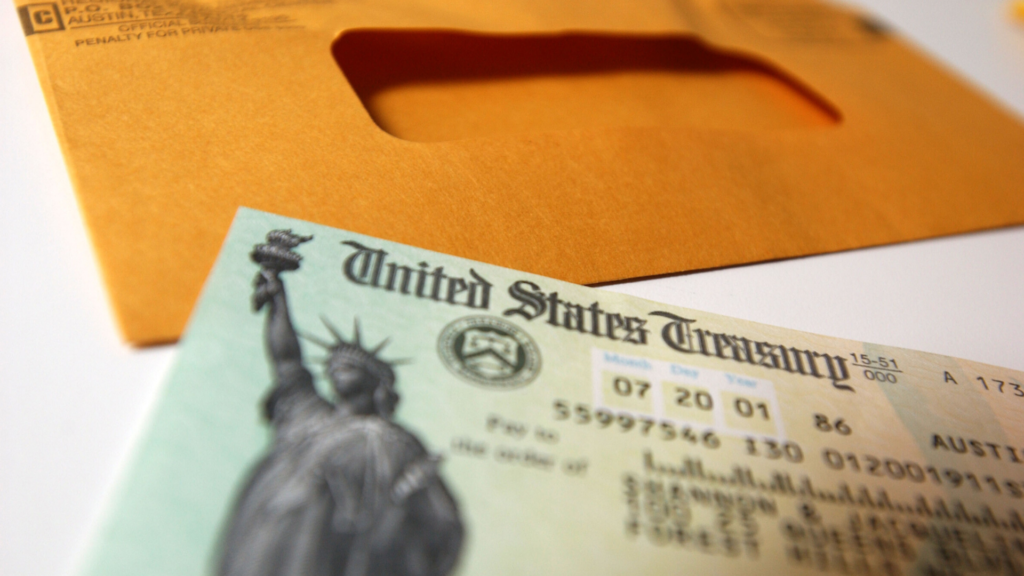 The Senate has indicated that tweaks will be made to the HEROES Act to ensure passage there and Senate majority leader Mitch McConnell has said he’s not in favor of a second check. Republican Sen. Mitt Romney of Utah has said a second check is “unlikely” and despite several proposals for a $2000 monthly stipend, including one from Sen. Kamala Harris, that’s not going to happen, according to multiple reports.

What is likely is that something will happen as Trump has asked for $2 trillion = to fund the next economic package. That could be in the form of extending unemployment benefits that offered a $600 bonus set to end July 31, or in infrastructure spending that would assist in job creation.

“We don’t want to rush into that because we want to be both careful at this point in seeing how the money is in the economy,” Treasury Secretary Steven Mnuchin told the U.S. Senate Committee on Small Business and Entrepreneurship a few weeks ago.

In any case, Congress won’t vote on anything until at least July, so any additional checks or benefits are unlikely to happen until late summer or the fall. There are conflicting reports about what will happen, but ultimately, regardless of what Trump may want, Congress, with the Republican-controlled Senate, will have to pass the legislation to make it happen.