Hospitals that most need the funds are the ones getting the least amounts of aid for the coronavirus pandemic.

Following a disturbing trend in the federal aid dispensed in the coronavirus epidemic, The New York Times has learned that some of the nation’s wealthiest hospitals have been paid billions.

These institutions hardly needed the money. Most of them were already flush with cash, the report says. Seattle’s Providence Health System is not the only example, though they are one of the most egregious ones. Providence already has $12 billion cash which they make a profit on Wall Street investing.

Yet the hospital, in the nation’s first COVID-19 epicenter, also just received approximately $509M in federal funds to combat the novel coronavirus.

As part of the CARES federal aid package, the Department of Health and Human Services will grant $172 billion to hospitals around the country. $72 billion has already been paid out, mostly to help hospitals regroup losses from elective surgeries and other procedures that stopped as the coronavirus took over most hospital systems.

A Kaiser study shows that hospitals with mostly privately insured patients got the bulk of coronavirus money. While the study doesn’t identify the race of those patients, racial healthcare disparities would suggest that most of them were white. 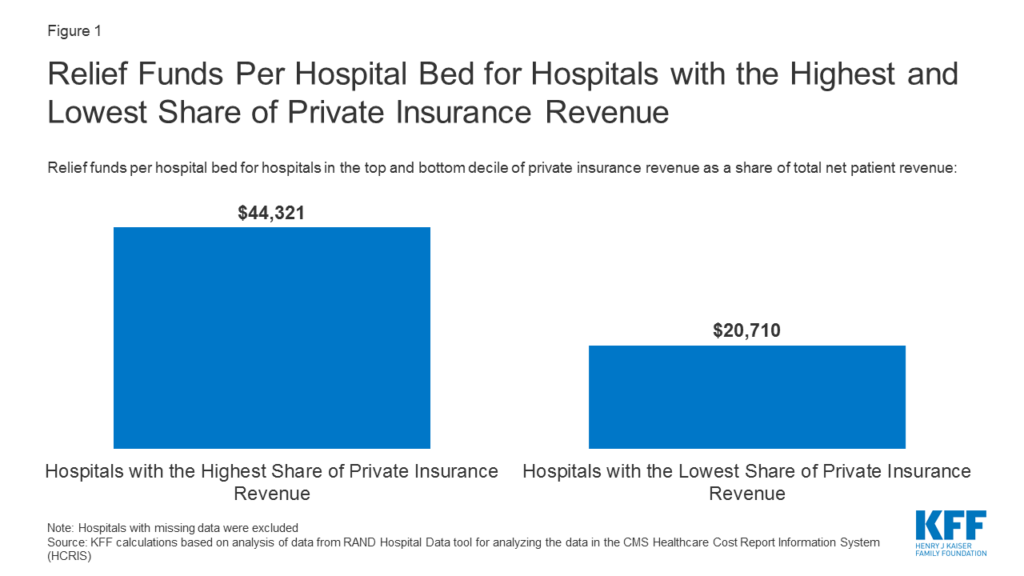 Two Congressman, New Jersey Rep. Frank Pallone, Jr., chair of the Energy and Commerce  Committee and Massachusetts Rep. Richard E. Neal, who chairs the Ways and Means Committee,  wrote to the Health and Human Services committee to ask about the discrepancy.

“The level of funding appears to be completely disconnected from need,” the two wrote in the letter.

By contrast, the Cleveland Clinic received $199 million despite holdings of $7B, while Houston’s Harris Health System, which operates two hospitals in the city serving mostly the poor and uninsured, received less than a quarter of the $43M it has lost since the pandemic, according to the Times. At the present time, they have no idea how they will make up the shortfall, according to their lead administrator.

“I know there are hospitals out there that have some God-awful amount of money in reserve,” Dr. Esmaeil Porsa, the hospital’s chief executive. “We are not that, and we will never be that. Whatever cash we have we’re going to pour into services.”