Travelers from other big countries like Russia, Brazil and India will also miss out

BRUSSELS (AP) — The European Union announced Tuesday that it will reopen its borders to travelers from 14 countries, but most Americans have been refused entry for at least another two weeks due to soaring coronavirus infections in the U.S.

Travelers from other big countries like Russia, Brazil and India will also miss out.

As Europe’s economies reel from the impact of the coronavirus, southern EU countries like Greece, Italy and Spain are desperate to entice back sun-loving visitors and breathe life into their damaged tourism industries.

RELATED: Black travel businesses devastated by cancellations due to COVID-19

More than 15 million Americans are estimated to travel to Europe each year, while some 10 million Europeans head across the Atlantic. 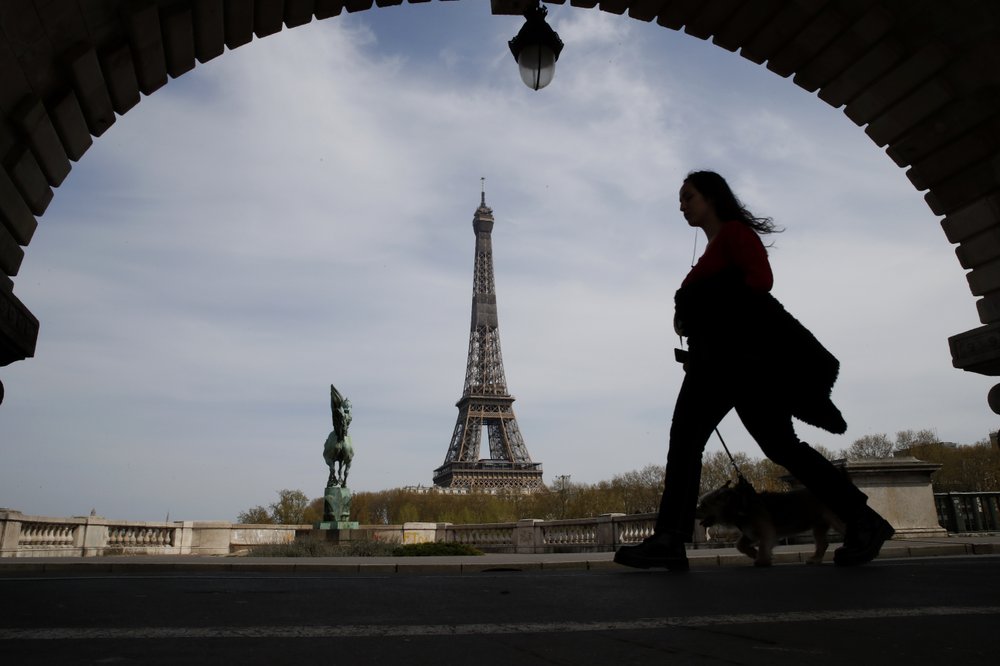 In this Tuesday, April 7, 2020 file photo, a woman walks her dog on a Paris bridge, with the Eiffel tower in background, during a nationwide confinement to counter the COVID-19. (AP Photo/Christophe Ena, File)

The EU said China is “subject to confirmation of reciprocity,” meaning it must lift all restrictions on European citizens entering China before it will allow Chinese citizens back in.

Countries considered for the safe list are also expected to lift any bans they might have in place on European travelers. The list is to be updated every 14 days, with new countries being added and some even dropping off depending on whether they are keeping the disease under control.

Still, many people both inside and outside Europe remain wary of travel in the coronavirus era, given the unpredictability of the pandemic and the possibility of second waves of infection that could affect flights and hotel bookings. Tens of thousands of travelers had a frantic, chaotic scramble in March to get home as the pandemic swept across the world and borders slammed shut.

The number of confirmed coronavirus cases in the United States has surged over the past week, and President Donald Trump also suspended the entry of all people from Europe’s ID check-free travel zone in a decree in March.

In contrast, aside from a notable recent outbreak tied to a slaughterhouse in western Germany, the virus’s spread has generally stabilized across much of continental Europe. 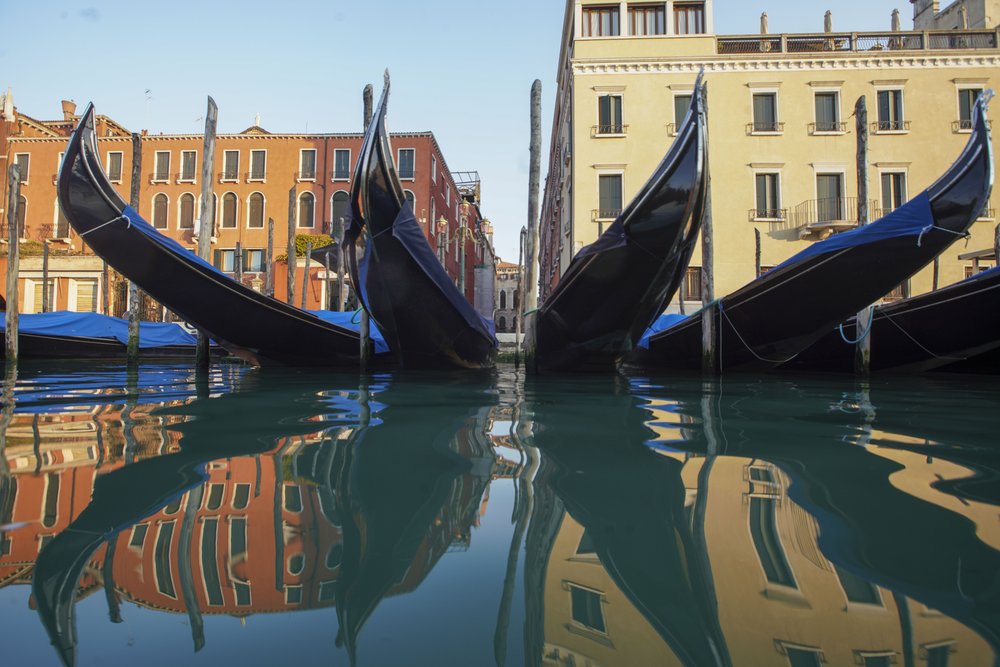 In this Monday, April 6, 2020 file photo, moored gondolas are reflected on the water of the Gran Canal, in Venice. (AP Photo/Andrew Medichini, File)

European Union countries hastily slapped restrictions on who could cross their borders in February as the virus spread in Italy. Then in mid-March the Europeans limited all non-essential travel to the 27 EU member states plus Liechtenstein, Iceland, Norway and Switzerland.

Non-EU citizens who are already living in Europe are not included in the ban.

The EU list does not apply to travel to Britain, which left the EU in January. Britain now requires all incoming travelers — bar a few exceptions like truck drivers — to go into a self-imposed 14-day quarantine, although the measure is under review and is likely to ease in the coming weeks. The requirement also applies to U.K. citizens.