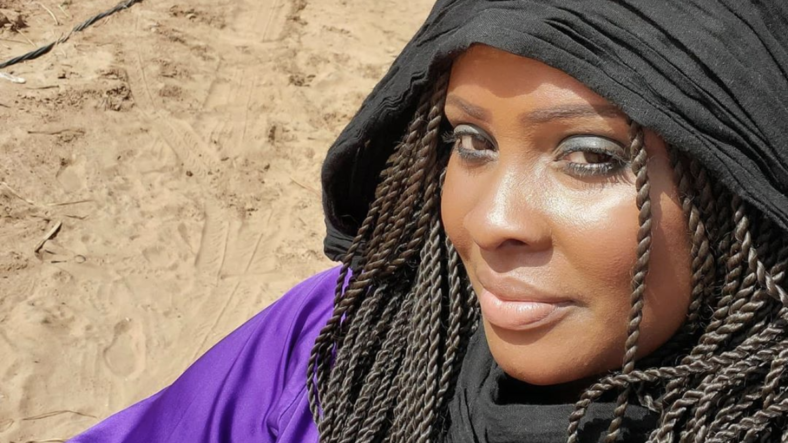 When COVID-19 started to become a real threat in America, global lifestyle entrepreneur and mother of one, TaNesha Barnes, weighed her options, knowing that she did not want to battle the virus in what she believed to be a country absent of leadership.

Speaking to theGrio, Barnes walked through her decision-making in choosing to leave Connecticut and go to Africa, her business endeavors there and how her 11-year old daughter aided her in a time of need.

“I have been creating opportunities for myself to live someplace in Africa,” Barnes said of her recent work over the past few years all over the continent, which includes leading groups of African Americans on travel tours.

When Barnes weighed her options, Morocco came out on top.

“I took a group to Morocco in February, and I met a guy on a plane who happened to own several properties throughout the Sahara, and we became fast friends,” she explained. “He flew from Casablanca to Marrakesh to meet my group and I for dinner. Then he invited us to one of his properties in Ouarzazate, which is in the Sahara.

“He let me have the run of the mill to organize my T. Barnes Dinner Party I host at the end of each trip. We just kept in touch and he said you know I really want to bring you back to re-envision this palace that I have.”

The combination of that offer and the coming pandemic made Morocco the destination of choice.

“As I started to see how the political climate was there and how Donald Trump responded, I was like ;yeah, I’m out!’ And I’m not leaving my baby (her daughter, 11-year old Solana),” Barnes said.

Unpacking her reasons for leaving the United States, Barnes says, “All of my friends in the medical field, both doctors and nurses said very clearly that we are not prepared for this in terms of new standards, testing kits, treatment facilities or supplies.’

“We have a national leader who does not have the capacity or the people around him to get us prepared.” 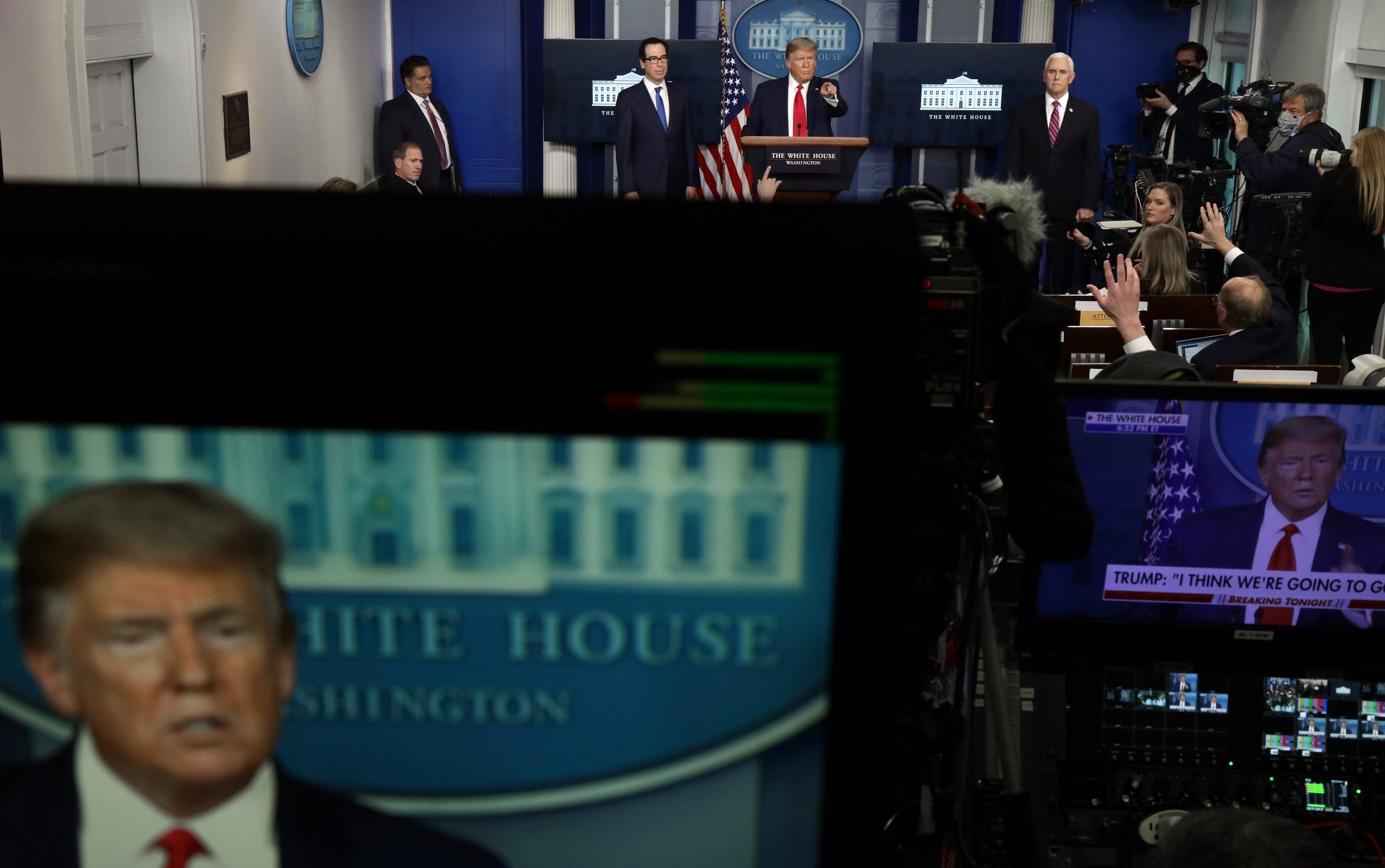 Racism was also a huge factor. “If we get to a place where they are choosing to treat people based on who they think can survive, then Black and Brown people are doomed,” she reasoned. “Most Americans have a lack of health coverage, which will increase the chances of infected people unknowingly infecting others.”

American capitalism was another major factor, Barnes says. “These retail stores would rather let folks risk their lives to stay open to make sure they don’t lose revenue,” she expressed.

But leaving the United States proved to have unanticipated hurdles.

“The day that we were leaving, the news announced that Morocco had closed its borders, so we actually thought that our flight had been canceled,” Barnes said.

“Solana was so disappointed. She was ready for this adventure however she pictured it in her mind. I’m not sure how much she understood about the pandemic and what was going on. So we decided to try to make our flight, and we did. It was the very last flight out of the United States before the King of Morocco closed all of the borders.”

We saw that the Moroccan government closed its borders so we thought our flight had been cancelled. When I saw the disappointment in my baby's eye I was like we are going to the airport anyway! We did. Our flight was the last flight leaving the US before the lock down. We made it! #Moroccobound

A post shared by T. Barnes Global Entrepreneur (@tbarnesgloballifestyle) on Mar 17, 2020 at 6:32am PDT

Initial statistics in the United States, especially in cities like Chicago, Detroit, and New Orleans, support the fear Barnes had that COVID-19 would affect Black people more adversely.

For the most part, it has been smooth sailing for Barnes and her daughter in Morocco, with one huge tidal wave that almost landed them back in the United States.

“There was a day in mid-March where I felt really insecure about the decision I made and I was getting these foreboding horoscopes,” Barnes expressed.

“My mother was putting pressure on me to come back home and it was the last flights that were leaving Morocco and I did get our name on the flight. So we were trying to make it, and I kind of went back and forth because I had followed my intuition and came here and knew that this is what I wanted, but other people were making me scared.

A post shared by T. Barnes Global Entrepreneur (@tbarnesgloballifestyle) on Mar 20, 2020 at 5:44am PDT

That’s when the wisdom of 11-year old Solana cut through all the noise.

“Solana said ‘Mommy, just make up your mind, one or the other,’” she said. And with those well-timed and heartfelt words, they stayed in Morocco.

For those who haven’t yet visited the continent, Barnes says the North African country allows for Black people to move around with greater ease than in the States.

“The continent is filled with beauty and life very much like they have in the United States and while white supremacist ideology is global in Africa, as the majority you can move without race looming over you every day and that is a relief,” she explained.

The work Barnes is doing is aimed to inspire more Black Americans to visit Africa, and it’s  “meant to be a bridge between the diaspora and African nations,” she said. “I am creating a place where people can come and use us as a springboard to explore more of Africa.”

Solana is obsessed with the goats outside the walls. Today she says to me "Ahhhhh they are soooooooo cute! Maybe I do want to be a goat herder!" ??? My plan is working?

A post shared by T. Barnes Global Entrepreneur (@tbarnesgloballifestyle) on Apr 15, 2020 at 4:34am PDT

Barnes’ business project in Morocco, Sbai Palace, which she describes as “a creative community” is located in M’Hamid, Morocco at the foot of the Sahara Desert.

“It is an unsuspecting mecca of art and culture, nestled inside the walls of luxury,” she said.

“Sbai Palace is not your ordinary desert Kabash. We are a luxury retreat center that houses beautiful traditional guest rooms for short stays, an 11-cottage artist commune space for long stays and an 11-room private wing of the palace to host retreats of all types.”

So what happens once the pandemic is finally over? Barnes said she plans to keep her roots on the continent.

“I will be living here at Sbai Palace as general manager to run the Creative Community. However once the borders open up I will resume my Global lifestyle with Morocco as the base,” she said.

“Solana will return to school in the United States for two years and then be world schooled for high school.”

Keep up with the global journeys on Instagram @tbarnesgloballifestyle or at the hashtag #solanaandhermama.