Walmart to stop sales of ‘All Lives Matter’ merchandise 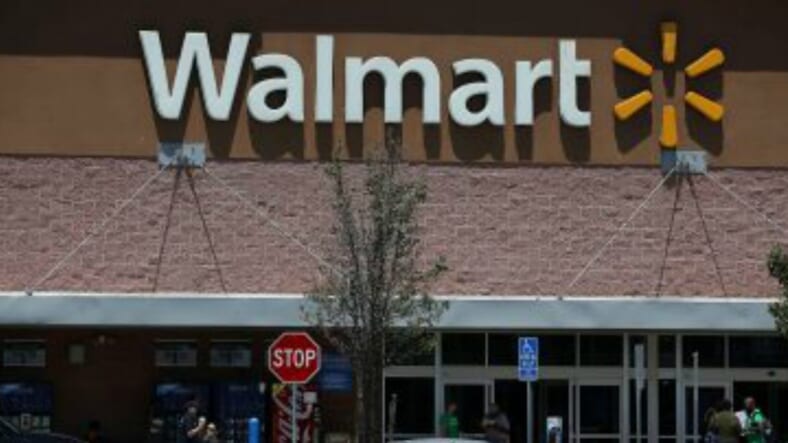 In response to the current social climate, Walmart is taking the long-overdue step to cease sales of All Lives Matter merchandise.

Monday, in a statement announcing the decision, a representative from Walmart said the company had only just recently learned that “All Lives Matter” is a phrase solely aimed at undermining the message of Black Lives Matter activists.

While many find that assertion to be far-fetched, as a result of their alleged clarity about the counter-protest phrase, all of the items in question, which were sold by third-party providers via the Walmart website, are being removed.

“We fundamentally believe all lives do matter and every individual deserves respect,” a Walmart rep said in a statement to USA Today. “However, as we listened, we came to understand that the way some, but not all, people are using the phrase ‘All Lives Matter’ in the current environment to intentionally minimize the focus on the painful reality of racial inequity.”

Hey, @Walmart @WalmartCanada can you explain why you're selling "All Lives Matter" and "Blue Lives Matter" shirts on your website? Who approved this?

Although the retail chain has been a favorite amongst conservative bargain shoppers for years, earlier this month Walmart also announced it would no longer display the Mississippi state flag, which features the design of the Confederate variety, at its stores.

While “All Lives Matter” has been banned due to its intent, Walmart will continue to sell other “Lives Matter” merchandise as long as they aren’t steeped in silencing marginalized groups and comply with the retailer’s rules and conditions.