Fans were so dissatisfied with Abloh’s design that the late rapper’s manager Steven Victor guaranteed that it would be changed immediately. In a since-deleted Instagram post, Abloh explained his reasoning behind the creation. However, things heated up even more instead of cooling down. 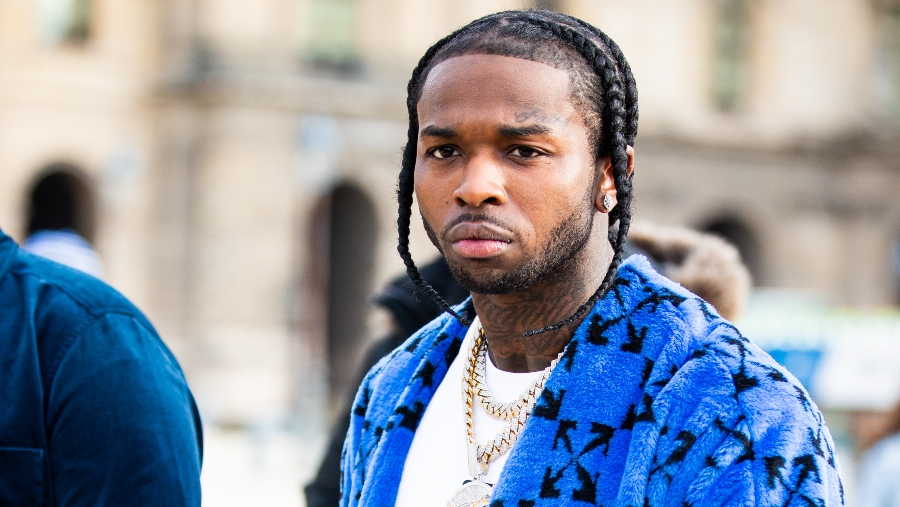 “The last conversation I had with @realpopsmoke was about what we were gonna do in the future,” Abloh wrote. “This album cover was one of like 5 things we talked about. He mentioned his story felt like the metaphor of a rose and thorns growing from the concrete of his hood in Canarsie, Brooklyn. in your memory, I just finished it yesterday.”

Abloh went on to add, “As evidence of the whole idea, the t-shirt insinuates it’s mandatory we put an and to this cycle of violence that plagues us, we need to shoot for the moon & aim for the stars. As heavy is it is we are celebrating your life the whole way thru. Rest in peace young one.”

After social media’s outcry regarding the unpopular design, other creatives began to add in their “two-cents” alledging how the Off-White founder had stolen various concepts and designs. Conceptual artist Ryder Ripps, who worked with Abloh back in 2013 on the brand BEEN TRILL, made it known that not only did he find Abloh’s cover art design unsatisfying, but also purloining.

Ripps shared a Google Drive link outlining and comparing his designs dating back to 2013, side by side to Abloh’s designs which are more recent.

“This man took the entire chrome rose concept from me, ruined it with careless graphic design, and then wrote some bullshit about it,” Ripps wrote. “So sad that someone would care this little about art, design, and the memory of a human who was so loved to wrap his name up in lies and theft. For a fuller picture of this guys history of theft check the link in my bio.”

Pop Smoke’s Shoot For The Stars, Aim For The Moon debut album is scheduled to release on Friday, July 3. The late rapper’s manager announced the Abloh-designed cover art on Monday and faced immediate backlash from fans on social media.

Rapper 50 Cent also put his opinion out there, being that he served as the executive producer for Pop Smoke’s posthumous debut album, and called on Abloh to design new artwork on Tuesday. 50 also had let Victor know that the cover art wasn’t up to his liking before it was publicly unveiled.

“Hey Virgil we need new album art, they ain’t going for this bullshit,” 50 posted via his Twitter account. “Love ya work let’s get to it. Steven, I told you this shit was eww (disgusted emoji) let’s get it right! #bransoncognac #lecheminduroi.”

Since then, 50 Cent has taken it upon himself to post fan-made cover art designs for the album on his Instagram.

Take a look at the initial cover art below.

you were always shootings for the stars and aiming for the moon. everything we talked about is happening, the only thing is you’re not here in the flesh to see it all come together. you wanted Virgil to design your album cover and lead creative.. Virgil designed the album cover and led creative.. we love you and miss you more and more each day ❤️