Gerren Keith Gaynor
Donald Trump Jr. and Kimberly Guilfoyle arrive to a press conference on the census by President Trump in the Rose Garden of the White House on July 11, 2019 in Washington, DC. (Photo by Mark Wilson/Getty Images)

Kimberly Guilfoyle, the girlfriend of Donald Trump Jr. and a top official for President Donald Trump‘s campaign, has reportedly tested positive for COVID-19.

Guilfoyle, who is a former Fox News host and attorney, tested positive on Friday before a Fourth of July campaign event at Mount Rushmore, the New York Times reported. She was routinely tested as a member of Trump’s inner circle, and reportedly had no symptoms of the virus.

Guilfoyle and Trump Jr. had traveled to South Dakota for the campaign event, however, they are expected to return to the east coast given Guilfoyle’s health status. They reportedly did not travel on Air Force One. 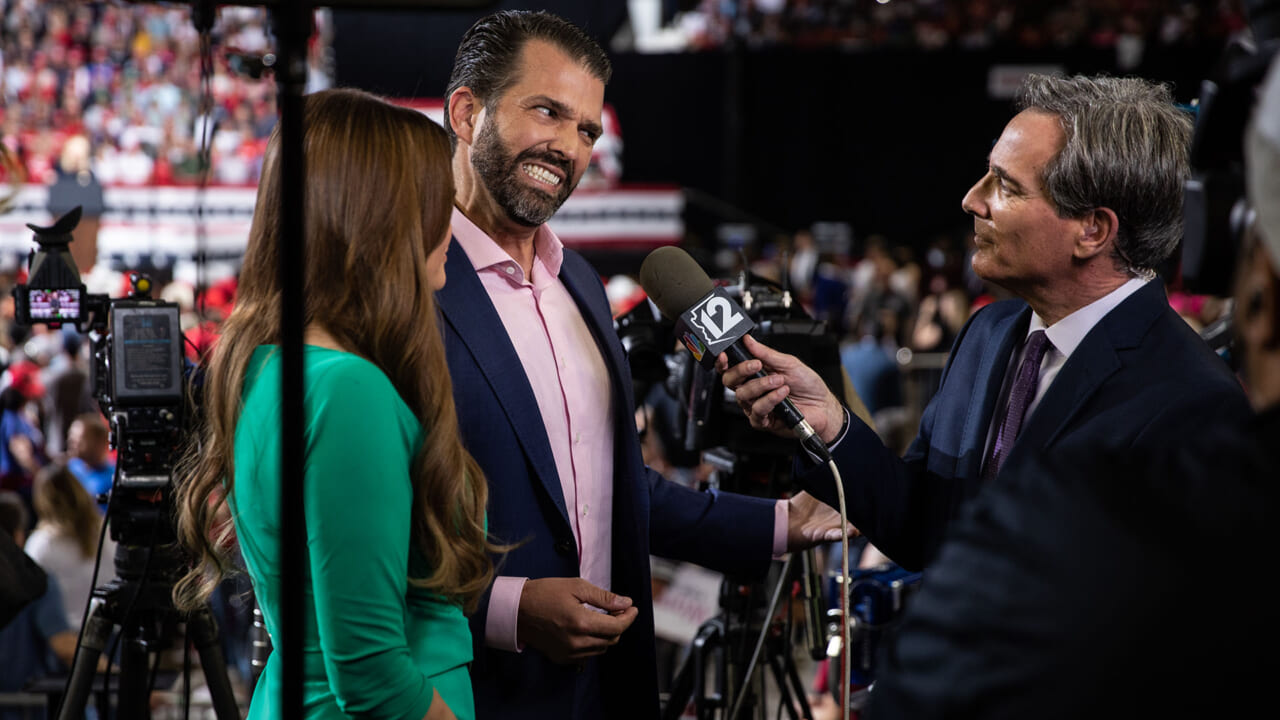 Kimberly Ann Guilfoyle and Donald Trump, Jr. speak with reporter Brahm Resnik at a rally at the Arizona Veterans Memorial Coliseum on February 19, 2020 in Phoenix, Arizona. President Trump says he will be visiting Arizona frequently in the lead up to the 2020 election. (Photo by Caitlin O’Hara/Getty Images)

This new revelation is the third time a person in Trump’s orbit tested positive for the novel coronavirus, even as the president continues to give mixed signals on the seriousness of the virus in the United States and how the country should respond to its crippling grip on the country’s public health and economy.

Guilfoyle is pretty close to the Trump family, in fact, according to the Times, staff aides consider her a part of the family. Last month, she attended President Trump’s indoor rally in Tulsa, Okla.

Just yesterday, former Republican presidential candidate Herman Cain was hospitalized due to the virus. Cain had also attended the Tulsa rally and was not wearing a mask or face covering, based on photographs of him at the event.

Despite several states seeing alarming spikes of COVID-19 across the country, the Trump administration and Republican leaders have seemingly downplayed the virus threat to American lives.

Dr. Anthony Fauci, the country’s top infectious disease expert, warned that the United States is “not in total control” of the coronavirus pandemic and predicts the nation could eventually see 100,000 new COVID-19 cases a day.