Despite its bleak history, the bacterial infection is treatable 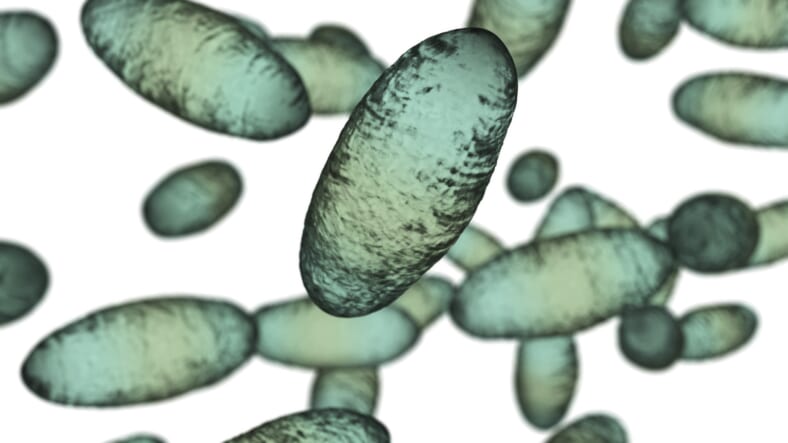 Just when you thought there was only one communicable disease to worry about, here comes more news out of China about another one. This time, it’s the bubonic plague, a name that conjures up fear as it was also called the ‘Black Death’ when it killed up to 200M people in the Middle Ages.

The New York Times reports that a herdsman in Inner Mongolia in China tested positive for the disease. He is now being treated in a nearby hospital. The area’s Bayannur city health commission issued an alert that warns its citizens about transporting, eating, or hunting any animals that could carry the disease. Marmots, a larger version of the squirrel that lives in Europe, Asia, and North America, are thought to spread the plague.

The Yersinia pestis bacterium is a germ spread by fleas that infect rodents. Fortunately, the bubonic plague is treatable with antibiotics, the Times says.

“It is good that this has been picked up and reported at an early stage because it can be isolated, treated and spread prevented,” Dr. Matthew Dryden, consultant microbiologist at the University of Southampton, told BBC News.

“Bubonic plague is caused by a bacterium and so, unlike Covid-19, is readily treated with antibiotics. So although this might appear alarming, being another major infectious disease emerging from the East, it appears to be a single suspected case which can be readily treated.”

However, the Times says that there is another suspected case of a 15-year-old in the neighboring country of Mongolia and that two other cases were confirmed in Mongolia’s Khovd Province. Those cases were due to the consumption of marmot meat, Chinese officials say.

The CDC records about 7 cases of the bubonic plague in the United States a year. They say it is usually limited to rural and semi-rural areas in the West, including in New Mexico, Arizona, and Colorado. If you are experiencing mice and rat infestation, then you might want to hire a rat control specialist for professional services.