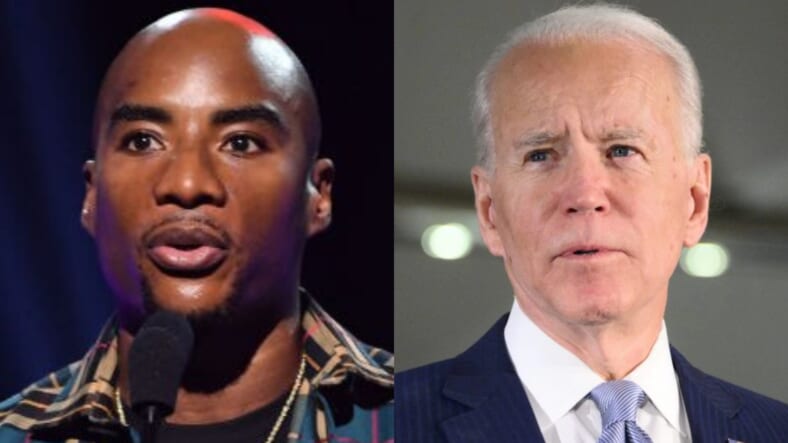 Charlamagne tha God has never minced words when it comes to Joe Biden and now the radio host is calling out the former vice president for what he believes is an unrealistic view of racism in the Oval Office.

The Breakfast Club host recently crowned Biden the “Donkey of the Day” after he made comments that Donald Trump was the first “racist” President.

During a town hall event last week, the presumptive Democratic candidate for president opined that although several racist elected officials have tried over the years to be Commander in Chief, in his mind, Trump was the only one that actually succeeded at taking office. Biden then cited the president’s mishandling of the coronavirus as an example.

“No sitting president has ever done this,” Biden said. “Never, never, never. No Republican president has done this. No Democratic president. We’ve had racists, and they’ve existed. They’ve tried to get elected president. He’s the first one that has.”

READ MORE: Angela Davis backs Biden because he ‘can be most effectively pressured’ by the left

“I really wish Joe Biden would shut the eff up forever and continue to act like he’s starring in the movie ‘A Quiet Place,’ because as soon as he opens his mouth and makes noise, he gets us all killed, OK?” the 42-year-old told his listeners in response to the controversial soundbite.

Several people on social media fact-checked Biden’s claims. They pointed out that 12 previous presidents were known to own slaves (most of them while in office) and President Harry S. Truman not only joined to Ku Klux Klan but admitted to doing so.

To that point, Charlamagne publicly urged Biden to tread lightly before his “revisionist history” turned off Black voters whose backing is crucial to get Trump out of office.