A woman is dead and three people are injured after a shooting at a massive L.A. mansion party disregarding the COVID-19 pandemic. 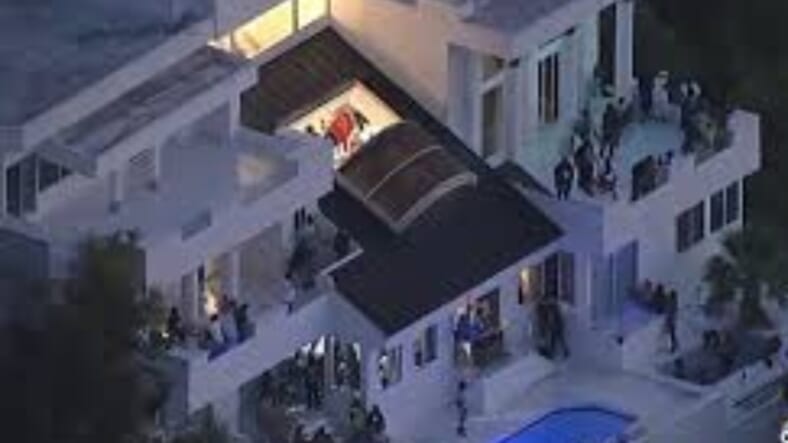 ***Update to story***
Despite initial reports that the house party was in celebration of an NFL player and police were called for noise control. Officers later clarified that no NFL athletes were involved in the incident, according to TMZ. Instead, the party was a celebration for the 8-Tray Crips gang.

A mansion party in Beverly Crest in Los Angeles turned deadly after gunfire erupted, killing one and injuring two in the process.

Upon entering the area around 7 p.m., around six hours before the shooting, law enforcement found about 200 party-goers and illegally parked cars.

“When the officers arrived, they did notice large amounts of people on the roadway and vehicles kind of blocking, double parked and stuff, stacked on the roadway,” said Los Angeles police Lt. Chris Ramirez according to CBS Los Angeles.

He continued, “At that point, the officers met with the responsible party and security officers at that location. They were able to get their compliance, to help get the people back into the private party, and at the same time, did some enforcement.”

Despite large gatherings being prohibited in L.A. County as California COVID-19 cases continue to climb, the officers were called for traffic and noise control and had no warrant to break up the party.

The party progressed and turned deadly shortly after 1:00 a.m. when multiple gunshots were fired. In video footage obtained by CBS LA from an attendee, at least 15 gunshots can be heard.

The L.A. mansion is owned by a rental company who tells CBS LA they informed their clients that a party violated their terms and allegedly told them to leave the property.

Kennie D. Leggett, identified as lead security at the event, informed CBS LA the event was scheduled to go until 3:00 a.m and the coronavirus has left people without choices.

“We are people. This, COVID I mean, is just pushing us out everywhere, and we have nothing, so the only thing we do have is Airbnbs to rent, swimming pools for our kids, to do big things and things of that nature,” he tells the news platform.

Three people were shot, with one dying at the hospital. The other two remain in stable condition. A fourth guest was treated for wrist injuries. A fifth guest checked themselves into a hospital before being discharged.

The LAPD is investigating the incident as gang activity.