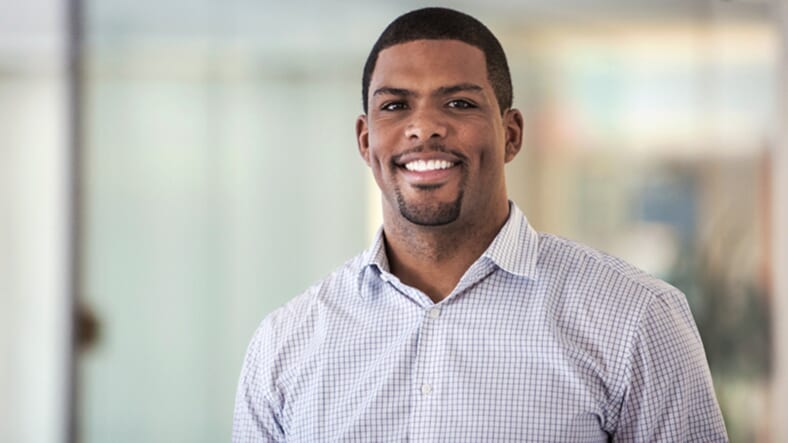 For the first time, a Black man holds the title of president of an NFL team as the Washington Football Team appoints a former league player to the role.

Jason Wright is the newest addition to the team. The Washington Football Team released an official statement announcing the new hire. He will join coach Ron Rivera and report directly to team owner Dan Snyder.

“If I could custom design a leader for this important time in our history, it would be Jason. His experience as a former player, coupled with his business acumen, gives him a perspective that is unrivaled in the league,” Snyders said in the official statement.

“We will not rest until we are a championship-caliber team, on and off the field. Jason has a proven track record in helping businesses transform culturally, operationally and financially. He is a proactive and assertive advocate for inclusion of all people and will set new standards for our organization, and for the league. There could not be a better duo than Jason Wright and Coach Ron Rivera as we usher in a new era for Washington Football.”

The franchise itself is entering a new era beyond naming a new president and coach. After adamantly refusing to change the team name from a racist slur, Snyder and Rivera are looking to name the team to honor Native Americans theGrio reports.

“The transformation of the Washington Football Team is happening across all aspects of the organization – from football to operations to branding to culture – and will make us a truly modern and aspirational franchise. We want to set new standards for the NFL,” Wright said in the statement.

During his NFL career, Wright played running back for four teams across seven years. He began in 2004 with the San Francisco 49ers and went on to play with the Atlanta Falcons, the Cleveland Browns, and finally, the Arizona Cardinals before retiring. With the Cardinals, Wright served as team captain and labor-union representative during the 2011 lockout.

According to the Washington Football Team statement, after retirement, Wright attended the University of Chicago Booth School of Business, graduating with honors and receiving his M.B.A. He attended Northwestern University on a football scholarship, graduating with a degree in psychology.

Professionally, Wright has used his knowledge of sports and business to work for global strategy and management consulting firm McKinsey & Company. There, Wright was named partner in the operations practice.

He led the Black Economic Institute at McKinsey, where he helped initiate their anti-racism and inclusion strategy and is also is a trustee for the Union Theological Seminary.

“I remember Jason as a player, and it is no surprise to me that he went on to achieve the caliber of success that [he] has in his time in the business world,” says Rivera.

“From my conversations with his former teammates and coaches plus my own with Jason, I have come to see that we share many of the same core values and beliefs. Because he knows the NFL firsthand and how fast it moves, I am excited to have him on board to head up the front office and operations, so that I can focus on what’s most important to the fans in our community – winning football games.”

“For me it’s personal – an opportunity to bring together my two worlds in a really unique way at a really unique time,” Wright said in an interview with Good Morning America’s Michael Strahan. “And the fact that I happen to be Black and the most qualified person for this is a boost.”