Georgia voters at risk of being declared ‘inactive’ to vote 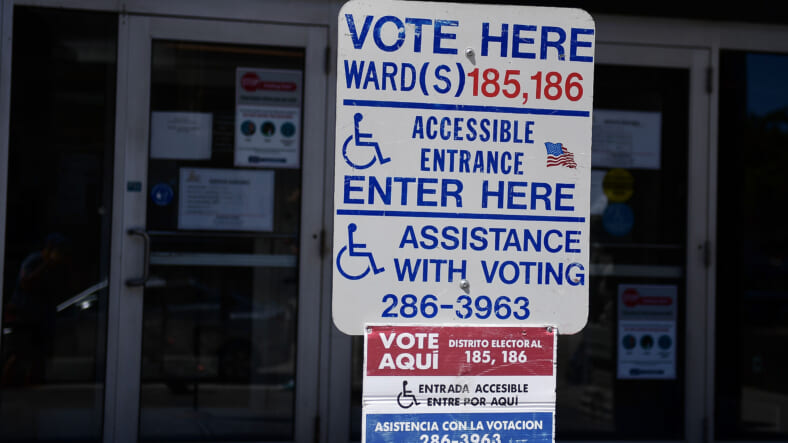 Thousands of voters in voters in Georgia may be declared inactive to vote in the upcoming election after their absentee ballots were declared undeliverable.

County officials notified voters in July that their absentee ballots weren’t able to be delivered, The Atlanta Journal-Constitution reported Tuesday. Some of the people may have moved from where they originally requested a form in the spring or the address listed was incorrect.

Consequently, they may now be deemed inactive for the presidential election. Voters now have 30 days to respond and maintain their active status on the rolls. An official number was not given by Georgia Secretary of State Brad Raffensperger but Gwinnett County alone sent over 20,000 notices last month.

The sheer number of voters who may be deemed inactive has left the Democratic Party of Georgia accusing Raffensperger’s office of illegal activity and that federal law is being comprised.

In April, he authorized the decision to send absentee ballots to all the eligible 6.9 million voters in the state. He reasoned it would give voters more options because of the pandemic.

The recent inactive status of voters has sparked criticisms of the Republican official’s actions. There was even the suggestion that the subsequent results may be illegal as The National Voter Registration Act mandates that any measure to cancel voter registrations has to be done within a three-month period.

The upcoming presidential election takes place on November 3 which is less than 80 days away.

“It may make you believe you’re no longer eligible to vote in the presidential election,” Matt Weiss, an attorney for the Democratic Party told AJC. “Why does this need to happen right now, before a major federal election? Anything that’s going to increase confusion among voters should be avoided.”

Election officials pushed back against any notion that there was an attempt to suppress the vote. It was argued that if voters did not receive absentee ballots at designated addresses, it meant that they no longer lived there.

“The intention is to try to keep the voter rolls accurate,” said Kristi Royston, the elections supervisor in Gwinnett County. “It’s not that an inactive voter cannot vote. Any action the voter takes while on the inactive roll will move them back to active.”

Read More: Black voters could tip the scale for Biden-Harris in battleground states

Once a voter is declared inactive, it can trigger removal from the Georgia voter rolls. However, in order for that to occur, they must not vote for five years or miss two federal general elections.