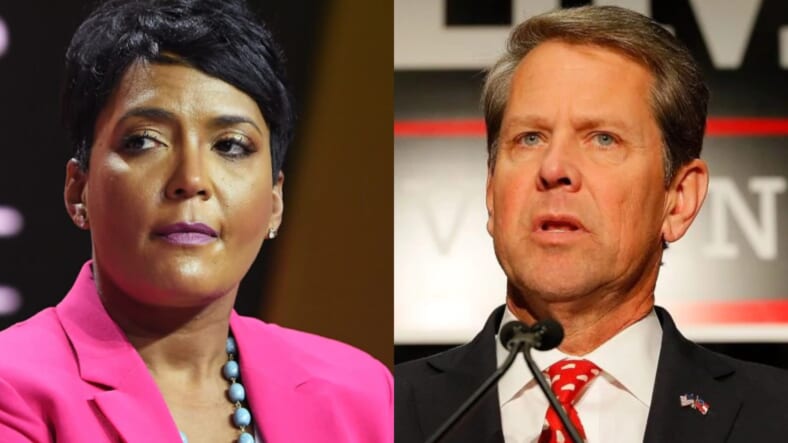 The governor previously sued the mayor of his state’s largest city after Lance Bottoms issued a citywide mask mandate to fight the spread of coronavirus. Her order conflicted with the governor’s refusal to issue a statewide mandate.

In a statement on Friday, Kemp said, “In light of Atlanta Mayor Keisha Lance Bottoms’ concession regarding the city’s Phase One roll-back plan and following her refusal in mediation to further negotiate a compromise, the Attorney General’s Office has filed to withdraw our pending lawsuit.”

Kemp said that he sued the City of Atlanta “to immediately stop the shuttering of local businesses and protect local workers from economic instability.”

“For weeks, we have worked in good faith with Mayor Bottoms, and she agreed to abandon the city’s Phase One roll-back plan, which included business closures and a shelter in place order,” he continued.

Governor Kemp went on to say that Lance Bottoms would not agree to “a settlement that safeguards the rights of private property owners in Georgia.”

Given this stalemate in negotiations,” he added, “we will address this very issue in the next executive order.”

Mayor Lance Bottoms, meanwhile, said that the governor is seeking to “intentionally mislead” the people of their state regarding their good faith negotiations. She told CNN that she is “grateful that this lawsuit has been withdrawn and the time and resources of our city and state can be better used to combat COVID-19.”

Kemp had previously said that “Georgians don’t need a mandate to do the right thing.”

“Current mitigation efforts are not having a sufficient impact,” the latest report from the task force notes. It also advised that social gatherings in the state, which are currently capped at 50 people, should be limited to 10 or less.