In addition to her upcoming album, Carey is also set to release her first memoir. 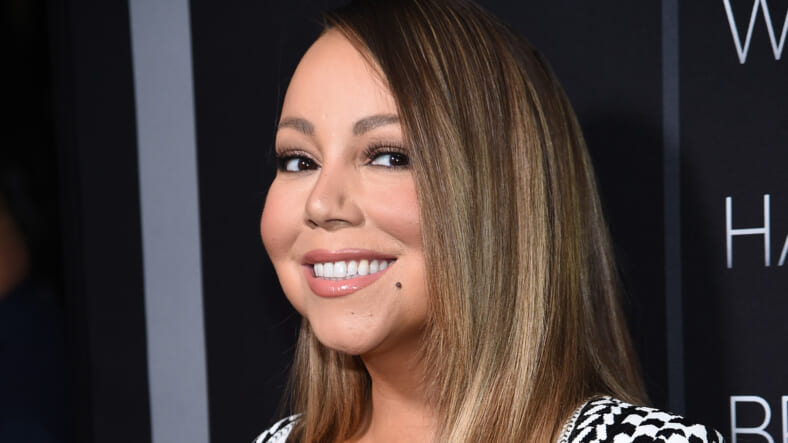 Mariah Carey attends the premiere of Tyler Perry's "A Fall From Grace" at Metrograph on January 13, 2020 in New York City. (Photo by Jamie McCarthy/Getty Images)

On Friday, Grammy-Award winning singer/songwriter, Mariah Carey, 50, dropped her eagerly awaited single, “Save the Day.” The song that was produced by longtime collaborator Jermaine Dupree, features Lauryn Hill and is from Carey’s upcoming album, The Rarities.

Hill fans hoping for new material from the elusive diva might be disappointed as “Save the Day” only samples Hill’s vocals from the bridge of “Killing Me Softly,” a hit recorded by Hill’s group, Fugees, back in 1996.

Carey revealed the new album cover and announced its upcoming release via Twitter on Tuesday night. “This one is for you, my fans,” the pop icon tweeted. “It’s to celebrate us, and to thank you for years of pure love and support. I am so grateful to you. The RARITIES album is out October 2.”

Although Carey and Dupri recorded “Save the Day” in 2011, they held on to the empowering new song until now. The Rarities album is a collection of unreleased music and some of Carey’s #1 hits including “Always Be My Baby” and “Hero.”

“The truth is, most of the songs I had completely forgotten about,” Carey told The Sun. “I had recorded them way back when and put them in the vault just because they didn’t end up making an album. From every era, there’s a song that could have made it to an album.”

Hoping that the song will inspire change in 2020, Carey sings, “We’re all in this together,” while Hill’s vocals play in the background.

It’s been two years since Carey’s last album, Caution, which was released in November 2018 and debuted at number 5 on the U.S. Billboard 200 with 51,000 album-equivalent units, of which 43,000 were pure album sales.

In addition to her upcoming album, the global superstar is also set to release her first memoir, The Meaning of Mariah Carey on September 29. Written with Michaela Angela Davis, the unfiltered autobiography promises to “finally tell the story of her life in a way that only she could.”

According to Entertainment Weekly, Audible will exclusively release the audiobook performed by Carey, with special musical components interwoven with her words.