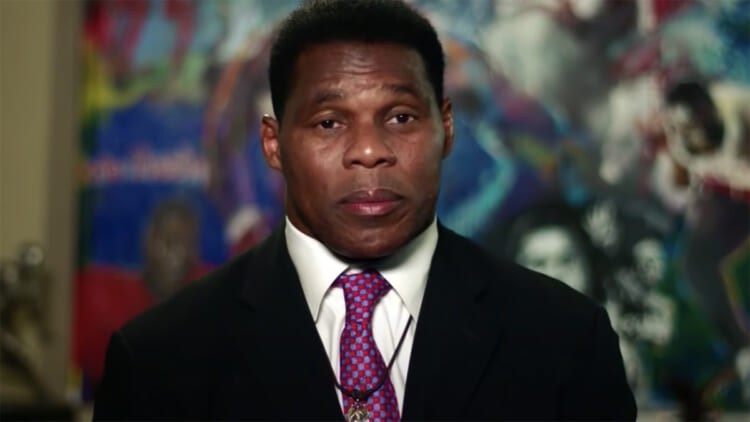 Former NFL player Herschel Walker defended his friend President Donald Trump against claims that he is a racist on Monday during the first night of the Republican National Convention.

“I’m not an actor, a singer or politician. I’m Herschel Walker. Most of you know me as a football player, but I’m also a father, a man of faith and a very good judge of character,” Walker said during his virtual address to Republicans.

Walker went on to recall his 37-year-long friendship with Trump, whom he described as kind and thoughtful — the antithesis of how the president has been characterized over the past four years in office.

“It hurts my soul to hear the terrible names that people call Donald. The worst one is ‘racist.’ I take it as a personal insult that people would think I would have a 37-year friendship with a racist,” said Herschel Walker, a two-time NFL pro-baller.

“People who think that don’t know what they are talking about. Growing up in the Deep South, I have seen racism up close. I know what it is. And it isn’t Donald Trump.”

Walker, who starred in Trump’s Celebrity Apprentice, also claimed that the president, who has repeatedly called for “law and order” and infamously said there were “very fine people on both sides” during the White nationalist Unite the Right protests in Charlottesville in 2017, “cares” about Black people.

“Just because someone loves and respects the flag, our national anthem, and our country doesn’t mean they don’t care about social justice,” he said. “I care about all of those things, and so does Donald Trump. He shows how much he cares about social justice and the Black community through his actions. And his actions speak louder than any stickers or slogans on a jersey.”

Walker was one of several Black speakers at the RNC, which appeared to be intentional by Republicans to push back against beliefs that Trump is indeed racist and to suggest Trump’s base of supporters go beyond White working-class people living in Middle America.

“Joe Biden said if a Black man didn’t vote for him, he wasn’t truly Black,” Scott said, referring to past comments made by Biden during an interview with Charlamagne Tha God. “Joe Biden said Black people are a monolithic community. Joe Biden said poor kids can be just as smart as White kids.”

Georgia State Rep. Vernon Jones, who decided in August not to seek reelection following backlash over his endorsement of Trump, wailed against the Democratic Party during his address on Monday.

“The Democratic Party does not want Black people to leave their mental plantation,” Jones, 54, said during his virtual speech. “We are free people with free minds.”

Alice Johnson, the Black woman who was granted clemency by Trump after serving 21 years in prison for a non-violent drug conviction, is also slated to speak at the RNC. “I’ll be there talking about criminal justice reform, that is my main mission,” Johnson told The Daily Beast. “I’m there because I’ve been affected by our criminal justice system.”