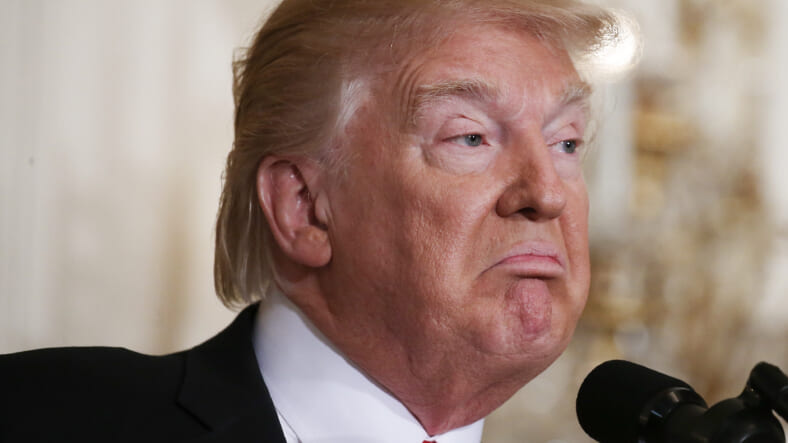 Mary Trump, with her best selling tell-all-book, has been the only relative of Donald Trump to criticize the president publicly.

That’s no longer the case, now that secretly recorded audio clips, featuring words from the sister of the businessman-turned-politician, have surfaced.

In preparation for the release of “Too Much and Never Enough: How My Family Created The World’s Most Dangerous Man,” Mary Trump, the president’s niece, interviewed her aunt Maryanne Trump Barry in 2018 and 2019. Mary Trump shared audio from the 15-hours worth of their conversation with the Washington Post to help corroborate claims that she made about her uncle.

In the clips, Trump Barry, 83, made damning statements about her brother.

“He was a brat,” Trump Barry, a former U.S. circuit judge, said of her brother, claiming she did his homework and “drove him around New York City to try to get him into college.”

Donald Trump prides himself on having an Ivy League education, touting the Wharton Business School at the University of Pennsylvania as his alma mater, but Mary Trump and Barry both question that merit.

The two say that Donald Trump attended a hand full of classes at the prestigious school, but attended different colleges, under nefarious circumstances.

“He went to Fordham for one year [actually two years] and then he got into University of Pennsylvania because he had somebody take the exams,” Trump Barry said.

Trump Barry even recalled Joe Shapiro, who she said took her younger brother’s college entrance exam, though this claim has not been verified, according to Washington Post.

READ MORE: College Cheating Scandal: Aunt Becky’s kids will be fine, but what about the deserving Black kids who never get a shot?

The statements, however, corroborate similar claims Mary Trump makes in her book, which was released in July. Mary Trump said her uncle, worried that he did not have the strongest grades to get into the college that he wanted, paid someone to take the standardized college admission test for him.

“To hedge his bets he enlisted Joe Shapiro, a smart kid with a reputation for being a good test taker, to take his SATs for him,” Mary Trump wrote. “That was much easier to pull off in the days before photo IDs and computerized records.

Those allegations come public in the midst of court rulings in the wide-reaching college admissions scam that led to charges against more than 50 people across the country. Lori Loughlin of “Full House” and husband Mossimo Giannulli, a fashion designer, on Friday were fined and sentenced to months in prison for helping their daughters pose as athletic recruits on their applications to get into the University of Southern California, Reuters reports.

In regards to his job as president, Trump Barry sharply condemned “what they’re doing with kids at the border,” in reference to the child separation policies the Trump administration enforced on families crossing the U.S.-Mexico border.

She stated that his actions and rhetoric were only to incite his supporters.

“All he wants to do is appeal to his base,” Barry said. “He has no principles. None. None. And his base, I mean my God, if you were a religious person, you want to help people. Not do this.”

Trump Barry told her niece that the President was not to be trusted and has been narcissistic most of his life.

“Donald is out for Donald, period,” Trump Barry stated.