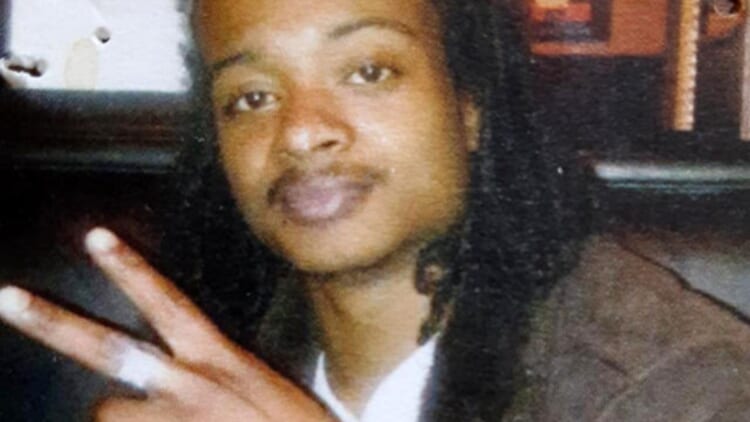 The handcuffs that were shackled to Jacob Blake, even as he lies paralyzed in a hospital bed, have been removed and deputies have left his room.

Blake, 29, has been a patient at Froedtert Hospital since being shot by Kenosha police Officer Rusten Sheskey last weekend. Despite his critical injuries, his movements remained restricted until noon on Friday, Kenosha News reported.

Police stated that the handcuffs were necessary due to a previous warrant against Blake and that it was standard policy.

“As of five minutes ago, the cuffs have been removed from Mr. Blake and the deputies have left his room,” Patrick Cafferty announced today.

Cafferty is the attorney for Blake on a domestic violence-related charge from a July filing. The subsequent warrant necessitated Milwaukee County deputies to be posted outside of his room, though they have now left.

“No one directed that he be detained as a result of the incident where he was injured. At this point there are no charges filed (related to the incident Sunday) and there are no warrants outstanding for that incident,” Cafferty said.

Blake’s family shared with the media earlier this week that he was shackled to his bed and how it seemed unnecessary given his condition.

“Why do they have that cold steel on my son’s ankle?” Jacob Blake Sr. asked on CNN. “He can’t get up, he couldn’t get up if he wanted to.”

Cafferty further explained that resolving the matter of the warrant was made more difficult because the Kenosha County Courthouse has been closed following the protests surrounding Blake’s shooting.

He has since paid the $500 bond and had a conversation with District Attorney Michael Graveley over Blake’s circumstances.

The handcuffs were not the only source of frustration for Blake’s loved ones, as there were limitations placed on when they could see him.

“There had been two restrictions on access to him,” Cafferty said. “One layer was the rules that the hospital ordinarily has in place for people in his condition. But the second layer had been the presence of the sheriff’s department. Now the family is free to be with him as the hospital allows.”

Blake’s shooting is now under investigation by the Wisconsin Department of Justice.