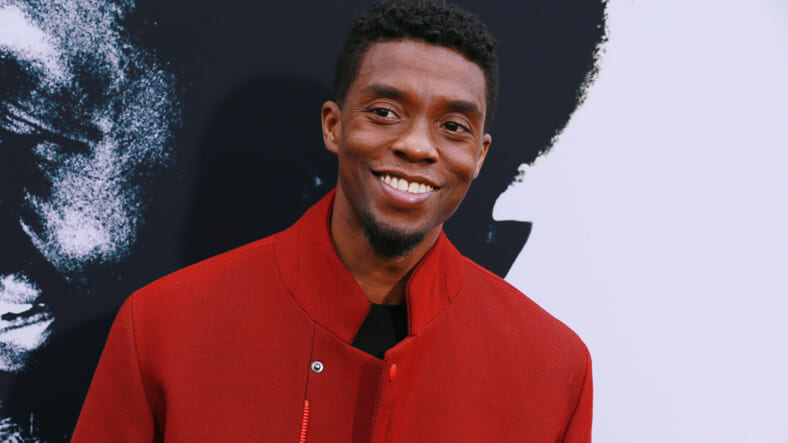 The world is still in shock and grief over the tragic death of actor Chadwick Boseman, who lost his battle to colon cancer on Friday.

Boseman, 43, had been diagnosed four years ago, which was before he filmed his most iconic role as T’Challa in the Marvel blockbuster, Black Panther.

Looking back, it provides greater context to a touching moment in 2018 when the actor got emotional during an interview in which he opened up about two young fans who passed away from cancer.

While promoting Black Panther, Boseman was asked by Sway Calloway about the film’s impact on the African American community. The actor went on to share how much the film meant to the two young boys.

“All of it’s been very personal, just watching the kids experiencing it. There are two little kids, Ian and Taylor, who passed from cancer. Throughout our filming, I was communicating with them knowing that they were both terminal. And what they said to me, and their parents said, [is] they’re trying to hold on until this movie comes,” Boseman recalled.

The South Carolina native described the experience of creating a film of such magnitude as “humbling.” He said it also reminded him of what it felt like as a child to look forward to special moments like seeing your favorite superhero who look just like you.

“It’s a humbling experience because you’re like, ‘this can’t mean that much to them,’ you know. But seeing how the world has taken us on, seeing how the movement is, how it’s taken on a life of its own, I realized that they anticipated something great,” Boseman said.

But when he got back to the topic of Ian and Taylor, the actor was overcome with grief.

“And so it put me back in the mind of being a kid, just to experience those two little boys’ anticipation of this movie, and when I found out that they…,” he said before trailing off in tears.