A California community is stunned after the LAPD allows a stumbling man to leave the scene of a three-car accident. 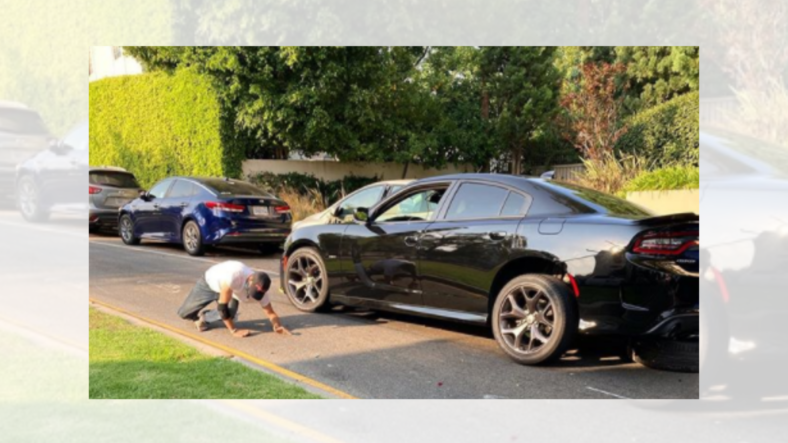 After crashing his own vehicle and hitting three others, a California resident is allowed to stumble away from the accident scene by the LAPD.

CBS LA reports that the LAPD allegedly did not perform field sobriety tests on a citizen who seems visibly under the influence. In a video uploaded to social media by witnesses, the man is seen yelling at police officers and falling as he leaves the scene.

Initially shared on Instagram by user Brock Williams, on the profile @brocktothefuture, the photos and video show a chaotic scene where neighbors questioned law enforcement procedures or lack thereof.

“Last Saturday, around 4 p.m., a drunk driver hit three cars on the street in front of our house. He was clearly wasted (he kept falling over) and belligerent. He kept yelling at everyone – especially the cops, firefighters, and tow truck drivers. He claimed his uncle was a congressman,” Williams writes.

Read More: Video shows LAPD shooting man in the head while arms are up

According to CBS LA, the LAPD said officers on the scene make the call of whether to conduct a field sobriety test. Residents of the neighborhood are upset the police on the scene did not administer one.

Katy Wicker described the events to the news outlet after uploading footage to her social media platforms.

She continues, “We asked them why they didn’t provide him a breathalyzer test, and they couldn’t give us any answers.”

CBS LA reports an owner of one of the damaged vehicles was able to track down the impaired driver’s information through her insurance company.