The rapper has been serving time since Dec. 2014, after being convicted on charges of conspiracy to murder and reckless endangerment. 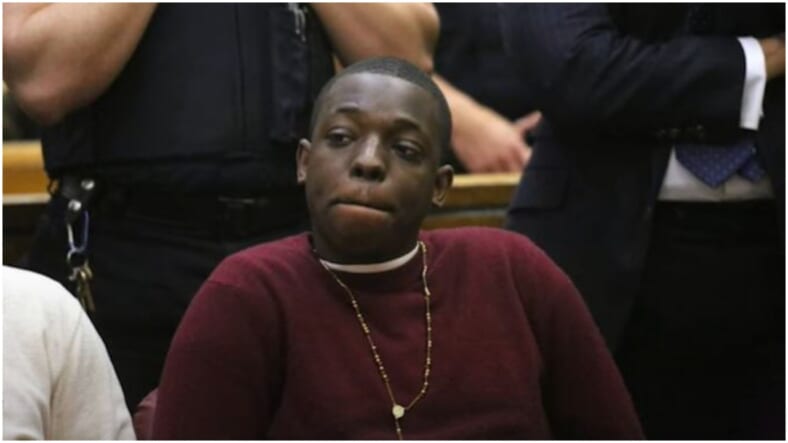 Brooklyn rapper Bobby Shmurda (real name Ackquille Pollard) has been denied parole and will remain in jail until the end of 2021.

Shmurda has been serving time since Dec. 2014, after being convicted on charges of conspiracy to murder, weapons possession and reckless endangerment, Billboard reports. In Sept. 2016, he accepted a plea deal and was sentenced to seven years in prison. It was later reduced to five years after he received credit for the two years he was jailed while awaiting trial.

“Following his Sept. 15, 2020, interview with the Board of Parole, Ackquille Pollard was denied release and given a hold until the maximum expiration of his sentence on December 11, 2021,” a spokesperson from the New York State Department of Corrections and Community Supervision tells Complex.

theGRIO previously reported, Shmurda was taken into custody a week before Christmas in 2014, after leaving a recording studio near Radio City Music Hall in midtown Manhattan. His arrest followed a two-year investigation by the NYPD into a series of gang-related shootings and drug trafficking in the city. Pollard along with eleven other people, including his fellow GS9 crew member Chad Marshall, aka Rowdy Rebel, were said to be linked to the crimes.

Marshall was arrested inside the recording studio where police also recovered handguns, authorities said. According to Complex, the rapper is serving time at the Collins Correctional Facility. His release date is in mid-December.

“On August 11, 2020, the Board of Parole granted Chad Marshall an open date of release of December 15, 2020,” a DOCCS spokesperson confirmed with the outlet.

Shmurda is best known for the hit single “Hot N—a” and for a music video that popularized the “Shmoney dance.”

His parole hearing was originally set for mid August, but was delayed one month amid the COVID-19 pandemic. No reason has been given as to why parole was denied.

Shmurda is expected to remain in prison until the end of his sentence, which is December 11, 2021.