Over 1,500 people sign petition to prevent Atlanta high school from being renamed for Ida B. Wells

Some petitioners prefer the school have a location-based name. 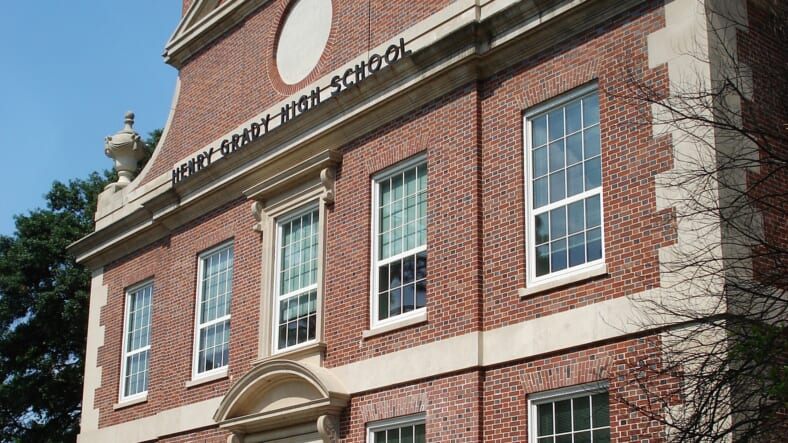 An Atlanta high school is struggling to find a new name but one suggestion has become controversial.

The Atlanta public school board committee is considering renaming the Henry W. Grady High School after Ida B. Wells but not everyone is on board and they’ve created a petition to stop it, per AJC.com.

Wells was a Chicago-based pioneering journalist and activist who was a major part of anti-lynching efforts in the early 1900s and was a founder of the NAACP.

“She’s beyond reproach,” says Audrea Rease, whose daughter attends the middle school that students are drawn from to attend Grady. Rease is behind the petition to vote no on the renaming.

“You can’t think of one bad thing to say about her, but that doesn’t mean that her name is the right name for this school in this community at this time.”

The high school was founded in 1872 as Boys High. In 1947, it was renamed after Henry W. Grady, a white journalist who was the managing editor of The Atlanta Constitution and a white supremacist. Grady died in 1889. Earlier this year, students petitioned for a name change because they say Grady’s “staunchly racist ideology,” helped preserve racism in the South.

More than 1600 people have signed a petition asking the school not to rename it after Wells because it feels like too simple a counter to Grady.

“It’s very reactionary,” said Rease. “To insert [Wells] into this conversation is an agenda that just kind of diminishes her.” She also said that Wells, who lived and worked in Memphis, Chicago, New York and Washington, D.C., has no direct connection to Atlanta despite her historical importance.

Other community members believe the name should be location-based. An online survey was used to determine what name generated the most interest. Almost 1,600 folks voted and among the top five choices, Midtown High School came in first while Ida B. Wells High School was second.

“The constituents want a location-based name,” Cathy Lepik, whose daughter goes to Grady told the AJC. “Let’s drop anything that could be controversial in any way.”

But when it is all said and done, Atlanta Public Schools doesn’t require community approval to change the name. Board member Leslie Grant said, “Surveys are meant to inform not dictate.”

The board will vote on a new name Monday.