EXCLUSIVE: The Georgia US Senate candidate dismissed his Republican opponent's political assails as a distraction and attempt to other him 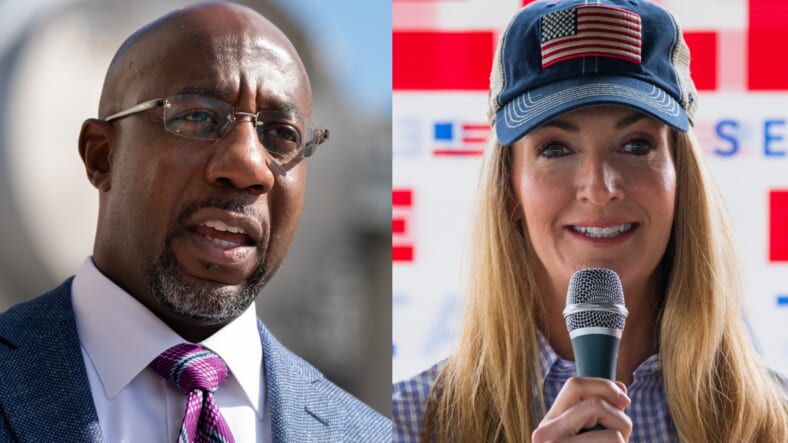 After spending the past three decades preaching the Gospel, Rev. Raphael Warnock is seeking to go from the pulpit to the political arena.

The 51-year-old senior pastor of Ebenezer Baptist Church in Atlanta — where the Rev. Dr. Martin Luther King Jr. also served as its pastor — is vying to be Georgia’s next U.S. Senator in a closely-watched runoff against Republican incumbent Sen. Kelly Loeffler.

Loeffler, who was appointed to the Senate seat by Gov. Brian Kemp and assumed office in January, has used her election campaign to attack Rev. Warnock’s sermons, call into question his political associations, and even going so far as to call him “the most radical Democrat on the ballot this year.”

In an exclusive interview with theGrio, Warnock dismissed Loeffler’s political assails as a distraction and an attempt to other him. The reverend also took aim at Loeffler’s wealth and called into question her family’s business interests.

“Most of the people I know are just trying to have a few dollars on the exchange. Only in America is that possible.”

Warnock added, “I’m not going to be distracted by the politics of fear and division … we know what they’re doing, these are all ways of saying that he’s something other than you. And it’s really unfortunate that people are still trafficking in this kind of politics.”

Instead, Warnock said he’d rather focus on how he can help Georgians and address the dire needs facing marginalized communities.

“We need to stick together as an American people, this virus that we’re waging war against or need to be waging war against more valiantly. It doesn’t know red from blue, and it doesn’t know black from white. It’s a virus,” he said. “And we have to do battle against the virus of COVID-19 and we have to wage war against what I call the virus of COVID-1619 — the ways in which our age-old problem with race and this country keep showing up over and over again.”

Warnock, a graduate of Dr. King’s alma mater Morehouse College, believes his candidacy is uniquely positioned to transform America to better reflect communities that have been traditionally pushed to the margins.

“The grand story that connects King to Morehouse, to Ebenezer, to all of the great struggles we’ve seen in this country, civil rights, women’s rights, the rights of members of the LGBTQ plus community, disabled folk who need access and had to stand up to the American Disabilities Act. That grand story is about the enlarging of our democracy,” he said.

“The broadening of a space so that everybody can breathe. That’s what America is about. That’s what my career has been about and that’s why I’m running for the U.S. Senate.”