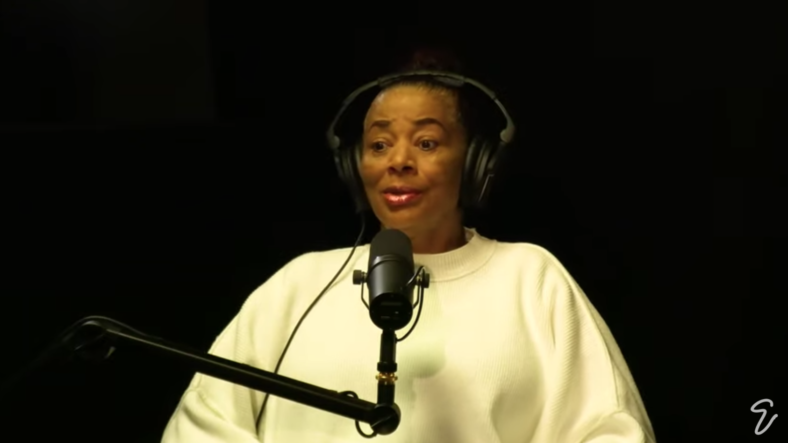 In the fifth episode of Eric’s Perspective Podcast, a podcast dedicated to exploring African-American art, Eric Hanks speaks with Terry McMillan, an African-American novelist on her writing career journey.

The show starts with McMillan speaking on how she began her first writing experience. She strolls down memory lane describing how her first interest was poetry, which was inspired by her working at the library at age 14. Before her work there, the Bible was the only book she read at home. She began reading and exposing herself to more over time, explaining “it was great to feel and view the way other people saw things.”

One day after a heartbreak from a boy, McMillan decided to write a poem. Oblivious of how beautiful it was, she gave it to a friend who read it was fascinated and appreciated her piece. This encouraged McMillan and influenced her decision to study journalism.

The author says studying journalism didn’t turn to be as exciting as she wished. In her first year, she explained that writing reports and other rigorous process was boring, and it wasn’t long before she started telling lies. In her words, “you can lie but still tell the truth.” She believes this ideology of hers is the basis for fiction and storytelling. According to McMillan, if you can successfully covey an emotion whether fear, love, poise or anger enough to sound true, then we can say it’s true.

McMillan enjoys this style of writing because it allows her to express her imagination. There are times where she becomes overwhelmed by her characters and can feel the emotion enough to make her cry. She is always curious, asking questions on why people do what they do, studying how they react to situations and what influences their decisions. These form a baseline for some of her characters.

When asked how she promoted her first book herself, McMillan says it was motivated by the irritable behavior of her editor at that time. Terry strongly believes the actions were racially motivated as there was no concrete explanation why the other white students were allowed to have book tours and she couldn’t. She also felt the editor lacked fate in her work and thought it wasn’t marketable.

Read More: Sanaa Lathan shows off natural hair 3 years after shaving it off

McMillan achieved her first book promotion by sending letters to several bookstores, attaching a sample chapter of her book. This yielded results as she had many orders from these stores. She also wrote to authorities politely opening up about her experience with her editor.

McMillan also speaks on the release of her new book, It’s Not All Downhill From Here, next month followed by 118-city book tour. She recounts her experience with scriptwriting, one time she had an offer to transcribe one of her books to a script. She came across a scriptwriter Ron, who was recommended by her friend, but like journalism, Terry says she did not enjoy the process of scriptwriting or filmmaking.

However, McMillan says she’s very open to selling the rights to her books for anyone who wishes to use it for a film. She went on, saying she’s anticipating someone would even be interested in buying the rights of her new book to be released next month.

“The book is about aged women, and I like it a lot compared to my other works probably because I’m old,” she said. McMillan continued that everyone seems to be in a rush these days. She has had instances where her publisher puts pressure on her to finish her story, but on the contrary, she loves to put time into her work. McMillan believes giving it time will deliver better work.

A bit of advice she shares to writers is that they should learn to share the works of other writers, whether they like the writer in person or not. You don’t even have to enjoy their style of writing as long as it’s good, then share.

The show ends with McMillan expressing her love for art; she even designed one of her houses to look like an art gallery. She spends a lot of money purchasing beautiful art pieces and doesn’t regret a single dollar spent, some of these works she treasures so much she will never resell. McMillan describes art as a way people express their thought, according to her, “art in a room can be given different meanings to different people in that same room.”