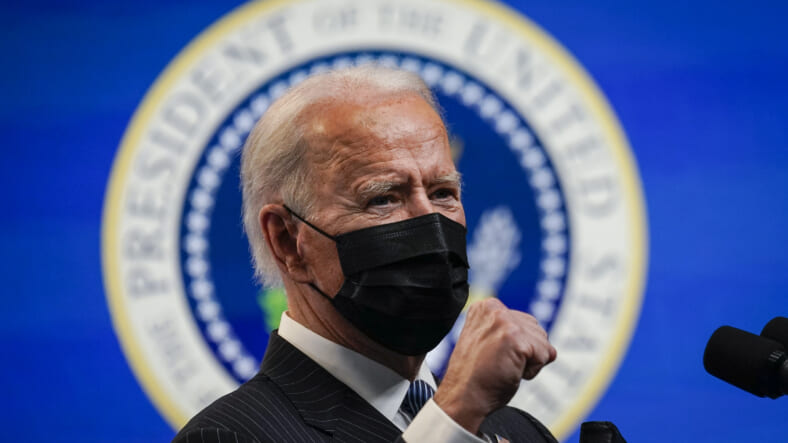 Civil Rights leaders have long sounded the alarm on racial inequality and the harmful effects of racism in essentially every facet of society. The Biden/Harris administration is now acting on that demand today with an “all of government approach” to tackle the hard-fought issue.

That effort begins with answering a request from the NAACP to name a Civil Rights Czar within the administration. Domestic Policy Advisor Susan Rice is now also the administration’s Race Czar, a position the civil rights organization called for in the most recent meeting with then-President-Elect Joe Biden and then Vice President-Elect Kamala Harris.

NAACP President Derrick Johnson tells theGrio the administration’s response to the civil rights group’s request, “illustrates how serious they are on tackling this issue” and described the latest move as a “great initial step.”

On the executive actions, senior White House officials contend “we are working to marshall the levers of government to bend the federal policymaking process toward equity and justice,” adding it will be “a whole of government approach” with a focus on issues of “housing” and “private prisons” and much more.

The “more” is also an effort to “stop anti-Asian bias and discrimination” after President Donald Trump referred to the COVID-19 virus as the “China Virus.”

The president’s plan ranges from hiring to procurement to data and access. An economic agenda is an integral part of the scope for the administration’s plans to make these equity efforts sustainable. The official says “economists and financial institutions have consistently found that ending discrimination and racial inequity in our economy is one of the best things we can do for growth.”

Data collection is very important to this plan. The senior White House official says, “it calls on all the agencies to conduct a baseline assessment of how they are performing on key metrics like procurement and like their enforcement of civil rights.”

Additionally, “It calls for measuring how we allocate our efforts and resources and to assess if we are doing so in a fashion that advances the objectives of equity for all Americas.” Biden’s order establishes a data working group and inner agency effort to compile and handle the stats they receive.

Melanie Campbell of the Black Women’s Roundtable (BWR) was part of that civil rights meeting weeks ago with then-President-Elect Joe Biden and then-Vice President-Elect Kamala Harris. Campbell thinks the “whole of government approach is the only way to have a meaningful impact.”

“Everything about government impacts everybody’s life and racial inequities are pervasive throughout our society,” Campbell tells theGrio.

Every government agency will be tasked with charting the progress or regression of equity efforts in a way to offer a benchmark of success or failure. Campbell says “They have to collect the data. If you don’t have data, it doesn’t exist. You need data to develop the kinds of policies, programs and implementations to actually impact this.

“The devil will be in the details of what they are talking about,” she adds.

Campbell has a hope the respondents in the study will have their requests met. “I want them to deal with things that Black folks told us they were voting for,” she said.

“The issue of racial injustice and systemic racism was number one for Black women, Black men, young people senior people and everyone in between, especially for the last three years.”