A Jackson, Mississippi teenager was shot and killed just hours after she marked a new milestone and graduated high school.

18-year-old Kennedy Hobbs walked across the stage and smiled as she posed with her Murrah High School diploma on Tuesday morning. Just hours later, her life was abruptly taken due to gun violence.

Hobbs was shot three times at a Texaco gas station in Jackson and the shooter fled the scene before police could arrive, AP reported. 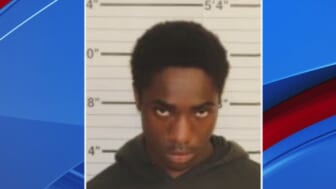 Hobbs’ family shared that her boyfriend, 21-year-old Jaquan Williams, was also shot and killed at a convenience store two months ago, according to WAPT. Authorities have not released any information on whether or not the shootings are connected, the outlet reports.

Authorities have been interviewing witnesses as they continue to search for answers in their investigation. They also have not released information on whether or not Hobbs was familiar with the killer or shared information on what circumstances could have led to this tragedy, according to AP.

“A loss of a younger person, especially just after she’s graduated, it’s really tough,” Greene told a local news outlet. “My heart goes out to her immediate family, to her mom, to her family, to her friends, her fellow graduates.”

With this being graduation week, Greene prepared to speak at another graduation ceremony Wednesday following the passing of Hobbs, AP reported.

“To get the news this morning of the passing of one of our dear graduates, it’s tough,” Greene said, according to AP. “It’s really tough. And it brings into view just how important this work is that we do.”

He expressed how speaking at Wednesday’s ceremony “really did hit a little differently.”

“It was a little more timely and meaningful as I challenged them to look to the left and look to the right to realize that they may not see their classmates again,” Greene said. “The reality is, we just don’t know when our last day will be and so it’s just important for us to be more smart about how we set our lives up and the way that we sow positivity and peace in the world and the community around us.” 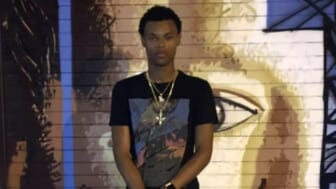 Jackson, which is Mississippi’s Capital, experienced its highest number of homicides in 2020 with nearly 130 killings in the city of about 161,000, AP reported. Most of the incidents were gun-related, according to law enforcement.

This year, 50 people were killed in Jackson as of the end of April and the city is on track to surpass its homicide rate in 2021, AP reported.

A WLBT analysis of 2020 data from the Federal Bureau of Investigation, the Murder Accountability Project and the Jackson Police Department found staggering statistics from the Jackson’s deadliest year in history.

They found that the largest percentage of 2020 victims involved people in their twenties and one in 10 homicide victims was a teenager, according to their findings. They also reported that 280 people were shot or killed over the course of 2020, a 12 percent increase from 2019.

Jackson school leaders say they are often asked about what they can do to reduce the violent crime in the city, AP shared. Greene responded emphasizing education as one of the most powerful tools the community has, the outlet reported.