The hip-hop star's new summer anthem will drop on Friday.

In April, Megan Thee Stallion announced she was taking a hiatus to “prepare for what’s next.”

Megan handed over control of her social media accounts to her management team while she stepped back to “recharge.”

“Megan Thee Stallion is recharging! Due to the demands of the Hot Girl lifestyle, Meg has now entered a period of regeneration to prepare for what’s next,” the caption of the post read on Instagram. “In her absence, management will manage all social media postings on behalf of Thee Hot Girl Coach. Thee Hotties lead a brave //RESISTANCE in anticipation for the return of their Fearless Captain!”

On the eve of what looks to be a “Hot Girl Summer” for everyone post-pandemic, Megan is back. 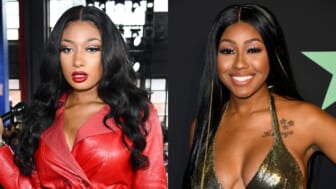 On Monday (June 7) the rapper teased the return of her alter ego, Tina Snow, along with a snippet of her upcoming new summer anthem, “Thot S–.” Megan captioned the clip “I’ M BACK HOTTIES🔥 ADDRESS ME AS MS SNOW.” she wrote on Instagram. Check out the teaser below.

She also shared a series of photos flaunting her strong, flawless body.

“Hot Girl Summer 😛🔥,” she captioned the pics, showing off her natural curls and curves in a blue bikini. “While I was away💙,” she added.  Peep the super-sexy images below.

As theGrio previously reported, the rapper recently opened up about her quick ascent to the top of the rap game and her work ethic in a cover story for Harper’s Bazaar‘s February cover feature entitled “The Importance of Being Megan Thee Stallion.”

The hip-hop star opened about her career thus far and finishing college, noting that she’s looking forward to completing her final semester at Texas Southern.

“I cannot wait. I’m going to have the biggest graduation party,” Megan said. “But when all of this happened, I’m like, Wow, so nobody is going to see me walk across the stage?”

Megan also said, “Even though I’m not working a traditional job, I still treat it like: ‘This is work. I need to work hard for this. I want to be here. I want to do this. I want to be Megan Thee Stallion…I feel like I know what comes with my job. If I took everything personal, then I would probably be somewhere curled up in the corner.”

“When everything first started, I was super nervous because I’m not an introvert…I’m a person that likes to be around people, interact,” she added.

However, as theGRIO reported, all of that pent-up energy certainly helped when it came to making new music. She detailed the process of making her debut album, “Good News,” and how “the pen never stopped” when recording it in her living room.

You can currently catch Megan Thee Stallion on the new season of the ballroom competition series Legendary, now streaming on HBO Max. Per Entertainment Tonight, the show is described as “pulling directly from the underground ballroom community, voguing teams (aka ‘houses’) must compete in unbelievable balls and showcase sickening fashion in order to achieve ‘legendary’ status.”

Returning as host is MC Dashaun Wesley with Ballroom icon Leiomy Maldonado, Jameela Jamil, Law Roach and Megan Thee Stallion all back as judges to determine “which house will snatch the legendary trophy this season.” 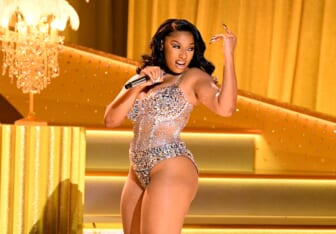 theGRIO’s DeMicia Inman and Jared Alexander contributed to this report.