A number of Mead High School students asked that the trio in the photo be expelled. They were reportedly suspended.

Last month, three white students at Mead High School in Longmont, Colorado, a suburb of Denver, jokingly took a picture of themselves reenacting the death of George Floyd. The student who was acting as Floyd was wearing blackface.

The caption on the photo read, “Bye bye senoirs,” with the word misspelled, and it was posted to Snapchat.

Furious classmates of theirs took screenshots of the boys’ picture and shared it, then dozens of Mead High students staged protests outside the school, asking that the trio be expelled.

Now, Rachael Ayers, the school’s principal, has resigned. Ayers’ resignation letter reportedly mentioned a reason for her departure and did not touch on the current situation.

“I want to thank her for her lengthy service to the Mead High community for the past 12 years as a teacher, assistant principal, and principal, and I wish Mrs. Ayers the very best in her future endeavors,” said Don Haddad, superintendent of St. Vrain Valley Schools.

Haddad also released a separate statement about the incident, which said, in part: “Our district reaffirms its commitment to diversity and equality in our schools and in our operations. There are many important issues facing our society today, however, our highest priority will always be the physical and emotional well-being, respect and safety of every student, teacher, staff member and community member in St. Vrain.” 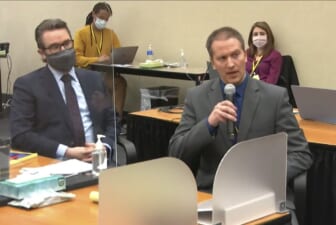 According to The Washington Post, a spokeswoman for the district said information about the reprimanded students could not be released, but other students reportedly said the teens in the photo were suspended for five days.

On May 21, a few days after the incident is said to have occurred, students at Mead High staged a class walkout to protest the school’s handling of the incident and general racism at the predominately-white school.

One user on Twitter shared a Change.org petition, writing: “This petition is mostly so the principal does something instead of ignoring the situation. I’m truly embarrassed to have graduated from here and these students don’t represent what Mead stands for.”

Thursday night, a virtual town hall and panel is set in St. Vrain Valley to address the incident at Mead High and general racism experienced by area students of color, organized by the NAACP Boulder County Chapter, Showing Up for Racial Justice Families of Boulder County and YWCA Boulder County. 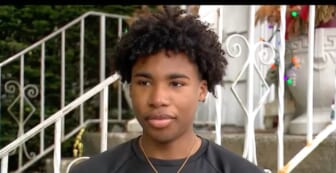 “That sense of safety they had comes at the expense of our sense of safety, our comfort, our well-being,” said Alicia Graves, chair for the NAACP Boulder Chapter’s Education Committee, per the Boulder Daily Camera. “The way I approach this is what happened at Mead is a symptom of a system that’s flawed. We need to address the system and what we need to do to fix this issue.”

This is not the first instance of high schoolers mocking the murder of Floyd. Last year, students at Coopersville High School in Michigan shared a similar picture, minus the blackface, with the hashtag #GeorgeFloydlivesdontmatter.