A man named Jovan Young has been taken into custody for the Saturday shooting death of 10-year-old New Yorker Justin Wallace, who was fatally shot leaving a family barbeque. The arrest came on the day the boy would’ve celebrated his 11th birthday.

Young, 29, allegedly drove up to Wallace’s aunt’s house in Queens in a dark SUV and fired rounds into the home. The child was fatally struck in his stomach, and his 29-year-old cousin, Kyle Forrester, was wounded in the shoulder.

Young has been charged with the murder of Wallace and the attempted murder of Forrester. He is being held on weapons charges.

As reported by The New York Daily News before Young’s arrest, Forrester had argued with neighbors earlier that day, and police speculated that the shooting occurred because of a dispute over a driveway his family shared with those dwelling next door.

Police believe the driveway situation was the catalyst for Young’s alleged actions. 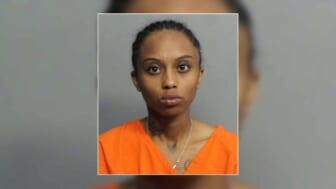 Wallace’s father, Albert Wallace, 57, said he and his son were at his sister’s house after a day at Rockaway Beach in New York City.

“I tell the doctors, ‘Go back in and pump his chest more. Pump, pump it, because he’s too young for that,'” said the in-grief patriarch, according to CBS 2. “He’s charming, caring. He’s so intelligent, bright. You know what he loved? Cars. Any car.”

His dad said Wallace had a love for math and was nicknamed “Calculator.”

“I said ‘Listen, let’s go!’ Because with the pandemic situation these kids don’t get out of the house,” Albert Wallace continued. “So that’s why I said, let me make it my point of duty to take him, because that’s where he wants to go. They were all there, playing. One hour turned into four hours. I said, ‘You know what, you need this.’ I said ‘OK, have fun, son.’”

According to the Daily News, there has been a huge uptick in NYC shootings this year. A total of 637 people have been shot in 2021, and only 360 had been shot by this time last year.

New York Mayor Bill de Blasio had commented on the situation before Young was arrested, calling the person who shot Wallace a “cowardly, horrible human” and promising to enact justice.