"I can't imagine the fear, the shame, the panic they must feel when they're driving up."

Due to Mississippi’s archaic laws on reproductive rights, the state has only one abortion clinic.

One lone Black woman is fighting back by escorting women who seek to terminate their pregnancies into the clinic under a hail of threats and verbal abuse from protesters, ABC News reports.

Asia Brown, 20, is the only Black volunteer patient escort at the Jackson Women’s Health Organization. Many of the women who come to the clinic, known as the “Pink House,” are Black. However, most of the protesters are white, as are most of the clinics’ volunteers. 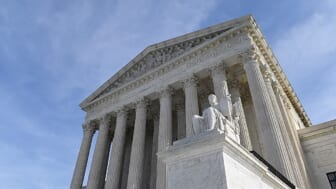 According to data from the state Health Department, three-fourths of women who received abortion care in 2019 were Black. The architects of Mississippi’s strict abortion ban, as well as most supporters of it, are all white.

“You would have to be completely obtuse not to see that people who have consistently stood up for abortion rights in the Legislature have been Black folks with few exceptions,” said Laurie Bertram Roberts, executive director of the Tuscaloosa, Alabama-based Yellowhammer Fund, which provides financial assistance to help cover the costs of abortion care.

“Even among liberals, they’ve been the ones kind of tasked with carrying the torch for that.”

Brown, who grew up about 45 minutes from Jackson in Vicksburg, credits her grandmother for shaping her understanding of race and gender.

“I did almost everything with her,” Brown said of her grandmother, who died in March. The young activist said she would “ask her questions about what life was like growing up” in the segregated Deep South.

“They were so formative in my understanding of race and gender specifically, because I was hearing this from Black women,” said Brown. She majored in comparative women’s studies in Spelman before the coronavirus pandemic forced her to come back home in the spring of her sophomore year.

“If I have children, these are the things I’m going to be able to tell them. I find a lot of what I do comes from a long line of resistance and fighting for survival,” she added.

Brown said the police killings of George Floyd and Breonna Taylor “really beat me down.” She decided to get involved with the Jackson Women’s Health Organization after coming across a Facebook page documenting the wild and often evasive antics of anti-abortion protesters outside the clinic.

“I can’t imagine the fear, the shame, the panic they must feel when they’re driving up,” Brown said of the patients.

theGrio previously noted that Mississippi has the highest women’s poverty rate in the nation. Due to systemic racism and discriminatory policy, more than one in three Black people in the state live below the poverty line. In addition, many Black women in Mississippi don’t have access to private health insurance that covers comprehensive reproductive health care and the state does not provide Medicaid funding for abortions.

In 2018, Mississippi legislators sought to ban most abortions at 15 weeks, but a federal district judge blocked the law, and a federal appeals court agreed with the ruling. The Jackson Women’s Health Organization abortion clinic sued over the legislation. A judge has also blocked a law that would ban most abortions once a fetal heartbeat is detected, which can be at about six weeks. 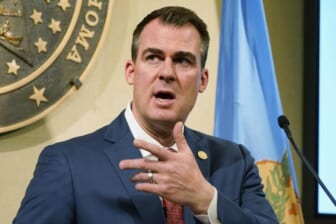 Last year, Mississippi Republican Gov. Tate Reeves signed a law that bans abortion based on the race, sex, or genetic anomalies of a fetus, such as Down syndrome.

“Women should not be pressured to have an abortion because their child is different: of a different ability, of a different race, of a different sex,” Jameson Taylor, vice president for policy with the Mississippi Center for Public Policy, said in a statement.