"I want to make sure that my body is healthy and prepared to deal with old age," she said

Raven-Symoné appeared on Good Morning America on Friday to share the progress of her weight loss journey after remarkably shedding 30 pounds in three months.

The 35-year-old said while she can’t “speak for anybody else,” fasting has been the best method for her in both shedding and keeping the pounds off.

“I am low-carb as much as I can be,” she said. “I do very minimal exercise and I am an avid faster. I make sure I have a minimum of 14-hour fast between dinner and breakfast.”

She added, “I’m not over here trying to be a little twig. I want to make sure that my body is healthy and prepared to deal with old age.” 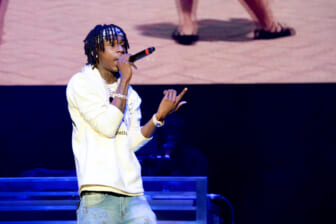 Raven-Symoné, who has been in the entertainment business since age 3, opened up about her experiences with her weight and emotional eating. In 2011, she lost 70 pounds but said she couldn’t celebrate because the way people treated her when she weighed more was “emotionally damaging.”

“The way people were treating me while I was bigger was emotionally damaging. When I lost weight, I remember the moment I went on the red carpet and in my head, I was cussing everyone out. I’m like, ‘Wow, now you want to look at me because I’m skinny, thanks,'” she recalled.

When asked how she can sustain herself during the current three day fast she’s on, she credited drinking water, electrolytes, and bone broth when things “get difficult,” but assured viewers that she has a goal in mind.

“I want to make sure that my body is healthy and prepared to deal with old age,” she said.

In an Instagram video shared last month with her wife Miranda Pearman-Maday, the Raven’s Home actress opened up about her weight loss.

“You see that chin? If you all watch Raven’s Home literally right now, and then come on this live and see this joint, I got a whole different face going on. It’s a whole pounds down journey. Just so you guys know I am 28 pounds down. I lost a s— ton of weight. Right now I’m doing a 48-hour fast so we’re on that journey right now,” she said in the video. 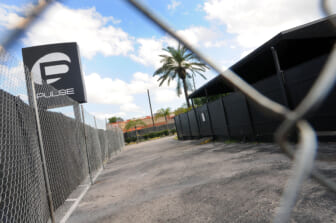 Last July, Raven-Symoné spoke with PEOPLE about being body-shamed in the early 2000s when she was a rising teenage star on the Disney Channel.

“My whole life is kind of based on what the industry wants. Other people controlled my hair, my eyebrows, my clothing, my words, everything. There was definitely a seesaw within my mind,” she told the outlet. “I prevailed over it because at the end of the day, it’s like, ‘Come on, people, everybody’s a different size.'”