Five Black men got on their electric bikes and rode from Alabama to Washington D.C. to honor the tenacity of their ancestors who walked on the Underground Railroad.

John Shackelford organized the 1,100-mile ride which traced the journey of the Underground Railroad from Alabama to Washington D.C. to not only inspire his community, but to pay homage to runaway slaves seeking freedom. 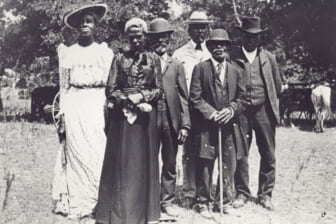 According to Bicycling, Shackelford, 26, a Brooklyn native, was inspired to organize a tour with a larger purpose after attending several Black Lives Matter protests in 2020.

“That was my big message,” Shackelford said. “To inspire more people like me to do what I love.”

Shackelford decided to trace the journey by bike, but discovered through research that there were no prescribed routes in those times. He instead thought, “Cool. In the spirit of my ancestors, let me make my own way.”

The group departed from Mobile, Alabama on September 29. He was accompanied by close friends Edwardo Garabito, 28, a custom bike builder, Alexander Olbrich, 27, a sales manager at Bicycle Pro Shop, Rashad Mahoney, 30, a bike mechanic and worker-owner at a cooperative bike shop, and Richard Carson, 28, a bike messenger and autocrosser.

Through crowdfunding, merchandise sales and sponsorships, he raised $100,000 to finance a documentary project about the underground railroad bike ride journey. A film crew travelled with them via a 15-passeger van.

“Everyone else had some sort of long-distance experience under their belt,” Olbrich said.

“But I had never done anything like this,” Mahoney added. “We tried to have this ‘no man left behind’ thing early on.” 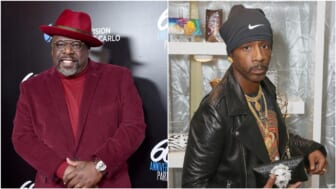 While in Selma, the group saw the Edmund Pettus Bridge, where, in 1965, the late civil rights leader John Lewis and nearly 600 marchers were attacked by state troopers in what would be known as “Bloody Sunday.”

The “existential weight” of those historical locations grew when they rode past the Montgomery National Memorial for Peace and Justice, a memorial dedicated to the history of lynching.

Mahoney was moved and reminded of his father. “He passed away when I was 25,” said Mahoney.

“That’s just when I started experiencing a lot of weird race relations that I had never experienced before, and feeling like I needed to talk to him more about being a Black man. My dad was very much into ancestry, and I still have a lot of literature from him about Black culture and struggle. Sometimes it was hard to be happy on this trip, but I know it’s something he would’ve been super proud about.”