Aside from Spike Lee, you’d be hard-pressed to find a more loyal basketball fan in Hollywood than Drake. So it should come as no surprise that even at a high school sporting event the rapper still can’t keep his overzealous love of the game to himself. 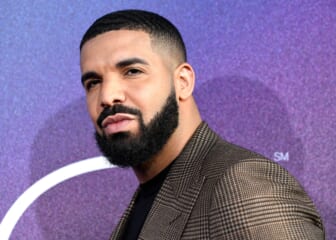 But when a referee made a controversial call during the game, both LeBron and longtime pal Drake, created a jaw-dropping (and undeniably hilarious) scene when the emcee got into a heated argument with the game official.

In the instantly viral clip, a visibly passionate Drizzy can be seen having some choice words with the referee, who seems to be taking the entertainer’s input as seriously as he would an actual coach.

Aside from the heated but playful exchange aside, Drake and LeBron, who have friends since 2009, and Drake’s son Adonis, all seemingly had a great time at the game.

As we previously reported, last month Drake gave a stirring speech while accepting the Artist of the Decade Award at the 2021 Billboard Music Awards with his 3-year-old son.

Just a little over 10 years ago, Drake dropped his debut album, Thank Me Later, and has slowly ascended to the top of the rap game, becoming one of the most successful rappers in Billboard history. Before Sunday’s highly anticipated show, Drake was already a record holder, having the most BBMA wins of all time (27).

Honoring his hard work and legacy, the BBMA’s gave Drake the Artist of the Decade Award at Sunday’s ceremony, and the rapper accepted the award with his intimate circle in tow, including a tiny surprise guest who created a viral moment when he started crying onstage.

In his speech, Drake opened up about his confidence and how “self-conscious” he is.

He explained to the audience, “I’m really bad at taking compliments…I’m really self conscious about my music. And uh, even if I do a good job, I always wonder how I could have done it better. I rarely celebrate anything, and just for anyone watching this that’s wondering how this happened, you know that’s really the answer. It’s being so unsure how you’re getting it done that you just kind of keep going in the hopes of figuring out the formula.” 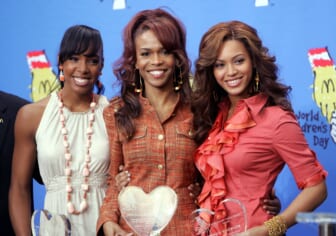 He continued, “I didn’t really write a grandiose speech about how to make it work or what it took, because you know to be really honest with you, I don’t quite understand it myself. But, I just know that I’ve spent an incalculable amount of hours trying to analyze all the things I did wrong, but tonight for once, I’m sure as hell we did something right.”