FreakNik to return to Atlanta in fall 2021 with Adina Howard, Lil Scrappy and more

FreakNik is set to return as a three-day event this fall in Atlanta.

Also known as “Black Spring Break,” FreakNik was started in the mid-80s by students at the Atlanta University Center and quickly grew into an annual retreat for thousands of young Black Americans. This year’s event will take place at Morris Brown College on Oct. 8-10. 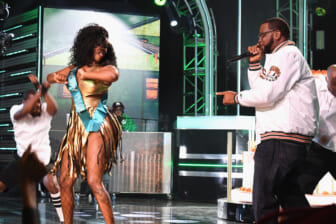 Also Read:
Uncle Luke to bring a ‘family friendly’ Freaknik back to Atlanta this summer

“I say it’s a cultural phenomenon where we had a group of 200,000 plus at one time, African-American youth in the city for a fun, leisure and entertainment weekend,” former Underground Atlanta General Manager George Hawthorne said in 2019 about the impact of the Freaknik festival. “I think the Freaknik name as you know is a brand that is recognizable across the country.”

As theGrio previously reported, back in 2010, Freaknik was banned by then-Atlanta Mayor Kasim Reed. The mayor stopped the city-wide party because it became too much of a municipal expense and required a large police force to keep activities under control.

In June 2019, a new “family-friendly” Freaknik converged on the city at the Cellairis Amphitheatre at Lakewood. The lineup included Project Pat, Uncle Luke, Da Brat, Foxy Brown, Kilo Ali, Bun B. and Pastor Troy, The AJC reported. Atlanta-based promotion company After 9 Partners produced the event, with tickets ranging from $46-$221.

While prices for FreakNik 2021 have not yet been announced, After 9 Partners plan to reduce the cost to make it “more affordable,” according to the report.

Tickets will go on sale at 9 a.m. Monday (June 21) via freaknikfest.com.

“FreakNik® is Atlanta’s Black History & we’re bringing it back to the AUC at Morris Brown College as we both unite in our restoration efforts! 2021 is going to be bigger and better,” said Carlos Neal of After 9 Partners.

Freaknik was mentioned in Spike Lee’s 1988 film School Daze, and 2 Live Crew’s Luther Campbell also gave a shout-out in his “Work It Out” music video in 1993.

By 1994, around 200,000 people were flocking to the ATL to partake in the event. At its peak, Freaknik reportedly attracted a quarter of a million attendees. 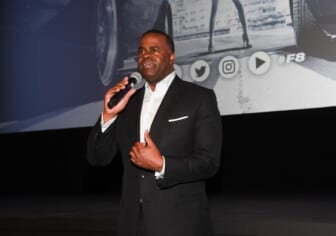 “It kind of evolved into the different components and different events that were scattered out all over the city,” Hawthorne previously said. “Parties at different clubs and restaurants around town and then just a free-for-all sometimes just ‘a rolling roadshow,’ as I called it.”

“Cruising is the main way that revelers enjoy themselves which is essentially like sitting in cars and literally not moving, just [the] fun of listening to music,” Ansley Quiros, author of “Partying ‘The Atlanta Way’? Freaknik and Black Governance in 1990s Atlanta,” said in a 2019 interview. “This is before cellphones are big. People are passing camcorders from vehicle to vehicle, filming things, dancing on the hood of cars, sharing music.”

In 2020, FreakNik was celebrated on Father’s Day despite the coronavirus pandemic.

“For everyone who said, ‘This isn’t the Freaknik of the ‘90s,’ I’m like, look, we’re older now and most people got that and still had fun,” Neal told The Atlanta Journal-Constitution last year.