The special is a part of expanded Father's Day programming on Oprah Winfrey's network, which she calls "a dream" realized.

Get ready to celebrate Father’s Day weekend on OWN. The Oprah Winfrey Network has announced that Sterling K. Brown, Dwyane Wade and more are set to appear tonight in its official Father’s Day special.

OWN is expanding its Father’s Day programming after already announcing Honoring Our Kings: Celebrating Black Fatherhood, a show set to air tonight. In Saturday night’s expanded special, Honoring Our Kings: A Black Dad Conversation, Sterling K. Brown is set to host an “intimate” conversation with celebrity dads ahead of the holiday. 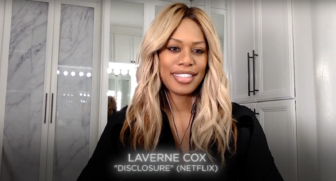 According to the official description for tonight’s special, “the two-hour OWN Spotlight features conversations with everyday dads, a special message from actor and Emmy nominated producer Kevin Hart (Fatherhood), an appearance by three-time NBA Champion Dwyane Wade (Miami Heat) and a musical performance by award-winning artist Andra Day (The United States vs. Billie Holiday) to celebrate Black fathers everywhere.”

Winfrey took to her Instagram account Monday to share more of her thoughts on the Black fatherhood shows, claiming that bringing these specials to her network has been “a dream of hers” for a long time.

Sharing a video of herself and Brown wrapping the taping of the special, she wrote in the caption, “Honoring Our Kings, Celebrating Black Fatherhood is a dream I’ve had for a long time. For far too long, there have been false and negative stereotypes about Black men, particularly Black fathers, that have seeped into culture through television and movies. So with this special we are honoring the full, broad, deep, and wide reality of Black fatherhood. Hope you can join me and the phenomenal @sterlingkbrown this Tuesday 6/15 at 9|8c on @OWNTV as we honor our kings.”

Brown shares in the video, “It was such a beautiful experience.”