‘Stateless’ documentary explores racism against Haitians in the Dominican Republic

Stateless is one of the featured documentaries at the Tribeca Film Festival, putting a spotlight on the racism Haitians are facing in the Dominican Republic.

Stateless, directed by Michèle Stephenson, is a documentary that delves into the anti-Blackness and immigration crisis at the heart of the conflict. It premiered over the weekend at Tribeca with Rosa Iris Diendomi as the central figure of the film as a young Dominican attorney and immigration advocate on behalf of Haitians.

Diendomi is running for Congress against the backdrop of a nation that is hostile to Haitians despite the fact that two countries share a border, the island of Hispaniola. 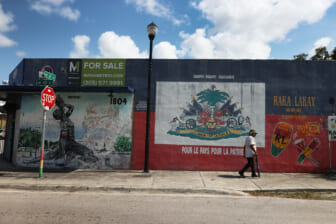 Also Read:
Haiti TPS is a relief — but is it also a band-aid-like solution?

“I felt propelled to go back to the island of my ancestors,” Stephenson tells theGrio of her decision to make this documentary.

Stephenson was born in Haiti but grew up in the Dominican Republic and has family there.

“So there’s been this kind of love-hate relationship in terms of knowing that the commonalities, but also understanding the deep kind of what I call it is really self-hatred because, for me, we’re all Black on that island and trying to unearth that,” she explains.

The Parsley Massacre is also touched upon which resulted in the deaths of 8,000 Haitians in October 1937. Dominican dictator Rafael Trujillo ordered the execution which lasted days.

“The dictator Trujillo decided to whiten the race and fix the so-called Haitian problem. He murdered many,” Diendomi says in a voiceover. 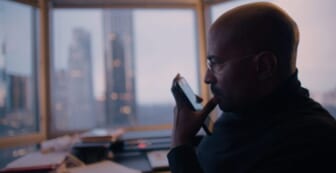 This tragedy is linked back to the present-day animosity, especially when in 2013 the Dominican Republic’s constitutional court ruled that those born to illegal migrants in the country did not have the right to citizenship of anyone with Haitian parents retroactive to 1929. It did not matter if the Dominican Republic is the only place and identity they’ve ever known.

The judgment displaced many Haitians as 200,000 were left stateless — without a nation to call their own. It polarized immigration even further and motivated Stephenson to shed a light on the struggles.

She continues, “and then colorism exists on both sides of the island. Like, we can’t kid ourselves around that either, but also resistance. The first and only successful slave revolt [Haiti] happened on that island and influenced what happened on the eastern side of that island.”

Diendomi’s compassion to help Haitians through her grassroots campaign is juxtaposed against Dominican Republic nationalists who believe that the country should not be a haven to Haitians. There are demands that a wall be built to enforce a separation.

Diendomi ultimately receives a paltry 97 votes in her bid for Congress. She and her son were also on the receiving end of death threats. The United States ultimately granted her asylum.

Stephenson doesn’t view Diendomi’s electoral loss and taking refuge in the U.S. as a cautionary tale.

“The idea that we continue to speak up, we have no choice, right? So what is the other option– to accept the oppression or to take the other pill? I think and not and not everybody can do it, you know? And I really want to make sure I mean, in the sense that I love to see Rosa and her work as a source of inspiration, not a source of defeat,” she declares.

“There’s another side to the story. She got an LLM (Master of Laws). She got a scholarship with American University, just graduated with her LLM in humanitarian and human rights law. And she provides services now in Pittsburgh to migrants, including Haitian people migrating to Pennsylvania. So, she in some ways continues to find her purpose.”

Stateless can be streamed on Tribeca through June 23 and airs on PBS in July.