"What more do you want out of your dad than to love and support whatever you do in life?” Zaire Wade wrote about his father, Dwyane Wade.

This Father’s Day, Zaire Wade shared his heartfelt appreciation of his father, former NBA player Dwyane Wade and delivered a message to any of his critics.

On Sunday, the 19-year-old basketball player shared photos of his family and posted them to his Instagram Story in response to those who have criticized Wade’s parenting.

“All the hate and backlash that @dwyanewade receives for bein a good father is crazy 2 me. A lot of you alls emotions comes out of your own insecurities from your fatherhood.. don’t forecast that on us,” wrote Zaire.

“What more do you want out of your dad than to love and support whatever you do in life?” he continued. “Despite all the hate and negativity that comes his way he still continues to be true to his family. Now THATS a father,” he added. 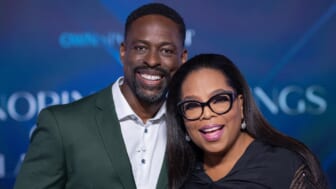 Along with Zaire, the 39-year-old NBA star has raised his nephew 20-year-old Dahveon Morris and is a father to 7-year-old Xavier, 14-year-old Zaya, and 2-year-old Kaavia, who he shares with actress Gabrielle Union.

In 2020, Wade’s daughter Zaya Wade came out as transgender, which prompted a range of reactions from celebrities and fans alike.

While some have targeted Wade’s family with unsolicited, and in some cases, plainly transphobic opinions, he and Union’s openness about their ongoing learning process about trans identity and unwavering support for Zaya has inspired many others.

In March, former First Lady Michelle Obama also praised Zaya for empowering other young people to be their authentic selves.

As theGrio previously reported, Wade has addressed critics such as rapper Lil Boosie and former B2K member J-Boog, saying, “All the people who got something to say about my kids, I thank you,” Wade said during an I Am Athlete podcast episode, “because you allowing the conversation to keep going forward. Because you know what? We might not have all the answers, but we’re growing from each conversation.” 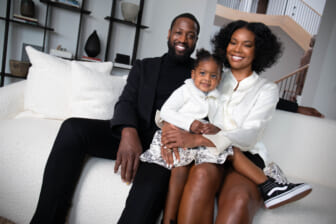 Wade himself marked Father’s Day with a bright smiling selfie on Instagram and an upbeat message.

On the same day, Union also shared a doting Father’s Day message to Wade on her Instagram page writing, “Happy Father’s Day @dwyanewade, I thank God everyday that your belief in YOU, is stronger than anyone’s doubts. You continue to lead, to fight and to rejoice in love.”