Shelly-Ann Fraser-Pryce cruised to a victory in the 100 meters at the Jamaican national championships and will head to Tokyo in search of her third Olympic gold medal. 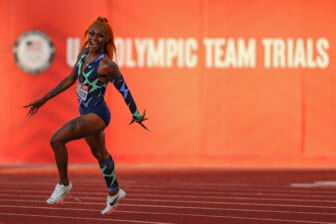 Her victory sets up a matchup with American champion Sha’Carri Richardson, who is 13 years younger than Fraser-Pryce.

In the men’s 100, Yohan Blake qualified for his third Olympics by finishing second behind Tyquendo Tracey, who won that final in 10 seconds flat.

This is the first Olympic cycle without Usain Bolt since 2000. Bolt debuted at the Olympics in 2004, then won the first of his three golds in the 100 by setting the world record in Beijing in 2008.

Blake and Fraser-Pryce are also entered in the 200, which concludes Sunday.