A 94-year-old great-great-grandmother’s lifelong dream of wearing a wedding dress was fulfilled, 70 years after her marriage.

As Martha Mae Ophelia Moon Tucker watched the wedding scene in the movie Coming 2 America, she whispered something under her breath that made her granddaughter’s ears perk up.

“I’ve always wanted to try on a wedding dress,” Tucker said, which gave her granddaughter Angela Strozier an idea.

“She said she never wore a wedding dress when she got married,’’ Strozier said. “I said, ‘That’s no problem.’ She kinda brushed me off. She didn’t think I would do it.” 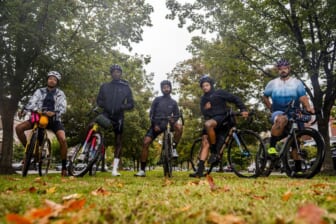 Two days later, Strozier got together with other family members and booked an appointment at David’s Bridal to make Tucker’s dream come true.

“You know, I can’t even express how special it was. It was too special,’’ Tucker told AL.com Wednesday. “I’ve been wanting to do that a long time, just put one on.”

She married Lehman Tucker Sr. in 1952, but says Black women were not allowed in bridal shops at the time, so she instead wore a navy blue dress provided to her by a family she worked for.

Strozier and family members surprised Tucker with the trip to the bridal shop, and even booked local makeup artist Pharris Clayton to give her a makeover on the drive over.

Once they arrived at the shop and told staff about the occasion, Strozier says everyone pitched in to make Tucker’s day extra special.

“Everyone was so elated to help me do that for her,’’ Strozier said. “Everyone was catering to her because I told them her story.”

After spending some time trying on gowns, Tucker found the one.

“When she walked out of the room and saw herself in the mirror, she said, ‘Oh, look at me,’’’ Strozier said. “One of the other brides that was in there started crying.”

“I didn’t want to take it off, but I knew I had to. I looked good in it though,” Tucker said.

Erica Tucker, another one of Tucker’s granddaughters, shared photos and videos of the special day in a Facebook post that has since gone viral with over 23,000 shares.

“My 94 year young granny never had a traditional wedding, so she told my cousin that she wanted to try on wedding dresses….. well my cousin made it happen! It was absolutely beautiful! She was a beautiful “bride”! Y’all better create moments and memories with your people. I’m so glad that I was there to witness this!” Tucker said in the post’s caption.

Born in Alexander City, Alabama in 1927, the 94-year-old Tucker has lived in Birmingham since she was 15.

Tucker spent many years campaigning for voting rights alongside Civil Rights workers in Alabama, and after becoming a registered voter in 1963, worked the polls for every single Birmingham election over the next 57 years until her retirement in 2020. 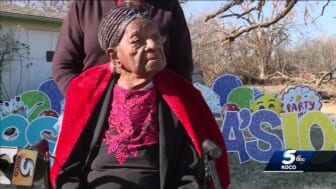 Her decades of work were celebrated by the Birmingham City Council and the city’s mayor, Randall Woodfin, who declared November 3 “Martha Mae Ophelia Tucker Day.”

“Being fantastic is just an understatement of who she is,’’ Strozier said. “She’s our grandmother and to have a grandmother so full of life at 94 is a blessing.”

If there was an award for great-grandchild of the year, Strozier would certainly have a strong case.