EXCLUSIVE: Back for her sixth season, the veteran housewife chatted with theGrio about all things 'Housewives,' including that evergreen feud with fellow housewife Karen Huger

‘OG’ wife Gizelle Bryant of The Real Housewives of Potomac, contended with a lot in season five, including an ongoing feud with castmate Karen Huger and drama involving her ex-husband, Atlanta pastor Jamal Bryant. 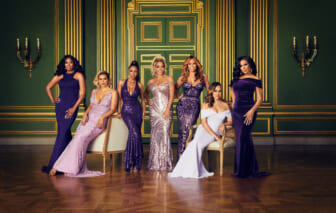 We caught up with Gizelle to talk about the new season, whether the fallout from the season five reunion shifted her relationship with Jamal and more.

As theGrio previously reported, the Real Housewives of Potomac is finally back on TV screens. Sunday’s premiere saw a new housewife joining the group, growth in each of the women’s lives, and of course, the continuation of the epic feud between Gizelle and Huger.

Bryant dived into her ever-changing relationship with Huger when chatting with theGrio at Bravo’s Tea Time on the Potomac premiere event on Saturday.

In the epic ending to the season six premiere, Bryant comes in hot with Huger, promising to reveal “the real Karen” over time. When asked if she’d make good on her promise, Bryant tells theGrio, “You know, I started the season very angry at Karen, just because she is sometimes not a nice person…when I say sometimes, I mean all the time! But as the season went on, I calmed down.”

The relationship between Gizelle and Huger came to a new low at last year’s reunion when Huger accused Bryant of having a fake relationship with Jamal.

Bryant, however, reveals she knew exactly what Karen would do before even getting to that reunion stage. “It wasn’t from nowhere. I knew that she was going to say that, I knew all that was gonna happen…that was actually old news and something me and Jamal had already talked about months prior,” she shared.

Still, she expressed that while no one would want to deal with that on a public stage, it only made them stronger. She revealed, “Does anybody want that to happen nationally? Um, no! But it didn’t affect us…actually it made us stronger. He was really upset a lot and never wanted me to go through it like that and loved me more for enduring it.”

Bryant also weighed in on how Huger has a lot to say about Gizelle’s fashion choices.

On that, Bryant shrugs. 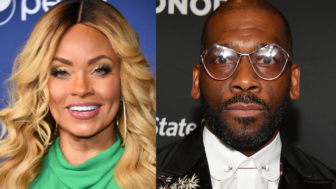 “I don’t care at all, because the people that are talking about it can’t dress,” she shared before pausing and saying with a smile, “Karen!”

The Real Housewives of Potomac airs Sundays at 8 p.m. on Bravo.