"Winning this competition is bigger than just the prize money," co-founder Justin Turk says as he looks to scale Livegistics

The two will receive $1 million for their company, Livegistics, the company announced in a press release Tuesday.

Turk, 40, said that Black Ambition was important to him not only because of the prize, but also because it gave future Black entrepreneurs a pathway to success.

“Winning this competition is bigger than just the prize money,” Turk said in the release. “When we first entered the tech start-up world as two Black entrepreneurs, we had no idea how to navigate in this space.”

Williams, a 13-time Grammy-winning songwriter/producer, launched Black Ambition last December in partnership with Adidas, Chanel, The Rockefeller Foundation, amongst others. Black Ambition was created as a non-profit initiative for Black and Latinx entrepreneurs of tech, design, healthcare, and consumer products/services start-ups. 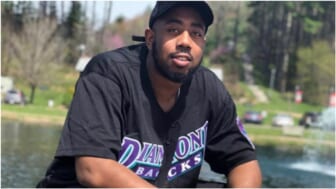 “Recent events and tragedies have illustrated the always existent stark divisions in the American experience, and while entrepreneurship has long been a tenet of the American dream, marginalized people have faced long-standing barriers to success,” Williams said in the release. “With Black Ambition, the goal is to help strengthen the pipeline of talented entrepreneurs and close the opportunity and wealth gaps derived from limited access to capital and resources.”

Turk and Davis are now the initiative’s first grand prize winners, being awarded $1 million for their tech start-up, Livegistics. Based out of Detroit, Livegistics is a cloud-based material management software company designed to aid construction businesses. Livegistics provides data and metrics via a digital, paperless system to reduce paper-based pollution in urban areas.

“We provide contractors with cutting edge technology that allows them to operate more efficiently, while also equipping owners/municipalities/construction managers with the real-time data and analytics ensuring that their investment is being managed properly,” says the Livegistics official webpage. 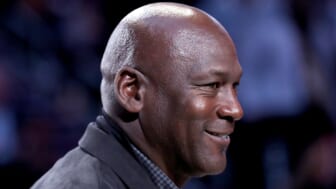 While Tuck and Davis received the $1 million grand prize, other entrepreneurs received prizes as well. The Business Journals reports that the top prize for the HBCU category went to Dosso Beauty, a New York-based company that specializes in organic cosmetics and personal care products.

Three other companies received $250,000 prizes each: plant-based cosmetics company Alodia, a reading comprehension site for Spanish-speaking student called Beereaders and QuirkChat, a video social media app for lovers of anime. All finalists received a minimum of $15,000 and will continue to receive mentorship through August.

More than 1,700 companies applied to the Black Ambition competition.