A majority of unvaccinated Americans believe the government is using the COVID-19 vaccine to secretly put microchips in Americans.

A new poll reveals that a staggering amount of the American public will not get vaccinated due to conspiracy theories concerning the government implanting microchips in the vaccine to spy on citizens.

The survey, which was conducted by YouGov and The Economist, found that one in five Americans think there is a tracking device in the vaccine. Other paranoia revolves around potential side effects and political motivations.

As the number of COVID-19 cases spike among unvaccinated Americans — and with the emergence of the new highly transmittable delta variant — vaccine conspiracies pose a huge threat to the U.S. population. Jeff Zients, the coordinator for the White House coronavirus response team, said Friday that unvaccinated Americans “account for virtually all recent COVID-19 hospitalizations and deaths.”

The survey found that self-identified Republicans hold the highest level of hesitancy among all political groups when it comes to getting vaccinated — 29% said they will not get the vaccine, compared to 23% of Independents and 4% of Democrats. Amongst those who won’t get inoculated, some reported they are worried about the health side effects of the vaccine. Others believe that the coronavirus threat, which has claimed the lives of nearly 4.1 million people worldwide, has been exaggerated.

Across all U.S. adults, 20% report that microchipping is “probably true.” For unvaccinated Americans, more than half — a total of 51% — believe in the microchip conspiracy, and 34% said it is not true.

“The skepticism about the threats posed by the coronavirus is clear among vaccine rejectors,” YouGov posted with the poll results. “While more than one in four of those fully vaccinated believe the dangers of COVID-19 were exaggerated for political reasons, three times as many vaccine rejectors say that is the case.”

Surprisingly, some adults who are vaccinated — 9% in fact — also believe in the government microchip conspiracy. 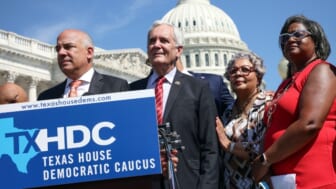 “Most Americans reject these theories, but only minorities of those who oppose their vaccinations do,” YouGov states in the survey summary. “Nearly one in three say they aren’t sure what to believe.”

The poll was conducted this month with a nationally representative sample of 1,500 American adults. 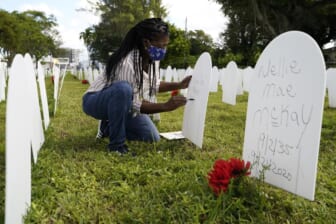 Last month, Dr. Anthony Fauci, director of the U.S. National Institute of Allergy and Infectious Diseases, reported that 99.2% of COVID deaths in the U.S. were attributed to unvaccinated people.

So far, 58% of Americans are fully vaccinated, and roughly 67% have gotten at least one dose. Amongst Black Americans, vaccine hesitancy has been a big issue, as long-standing apprehension toward Western medicine is linked to centuries of racist practices in the medical field.

It has also been an issue for younger Americans. 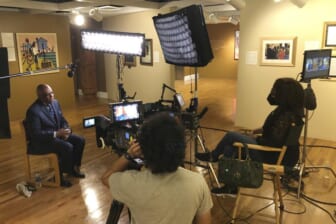 In a press conference earlier this month, Zients stated that “Younger people, particularly those in their 20s, have felt less vulnerable to the disease and, therefore, less eager to get shots.”

The White House has committed to aggressively combatting the coronavirus, with a series of actions that include inviting colleges and universities to a vaccine uptake challenge, making vaccine sites more accessible and hosting vaccine tours in communities across the nation.