Alabama councilman faces backlash for racial slur: ‘Do we have a house n— in here?’

During a city council meeting Monday night in Tarrant, Alabama, member Tommy Bryant stood up and asked those gathered in the room, “Do we have a house n— in here?”

Bryant, 76, the longest-serving councilman, uttered the offensive slur after an unidentified person in the audience noted that his wife used the N-word on Facebook, Bama Politics reports.

Mayor Wayman Newton, who is Black and has a turbulent relationship with Bryant, also commented on the social media posts. Bryant then made clear that his wife does not speak for him. From there, he stood up and asked, “Do we have a house n— in here?”

In the clip, he appears to direct his attention to city council member Veronica Freeman and accused Newton of using the slur in reference to her.

A woman sitting close to Newton is shown crying into her hands before she leaves.

Later in the meeting, Mayor Newton proposes a town hall meeting on racial issues that Bryant appears to have no interest in.

Newton, 41, has faced fierce pushback from a small minority of white residents since winning his election last year.

The city of Tarrant has a population of 7,000 and is mostly comprised of Black and Latino residents after being predominantly white for many years.

As reported by The Daily Beast, city leaders have had it out for the mayor, with Bryant, in particular, going above and beyond to “oppose anything Mayor Newton is doing,” said Tarrant resident Waynette Bonham.

Mayor Newton is also facing opposition from Dennis Reno, Tarrant’s white former chief of police. Reno accused Newton of assaulting him during a conversation in the mayor’s office back in November when he still held the position.

The two had a tense discussion over the lack of Black police officers in town, per The Daily Beast. Reno said none had been hired during his tenure because they weren’t qualified.

Since his resignation in January, four Black police officers were hired by the department.

“At a certain point, I had to remind him that I was the mayor and kicked him out of my office,” Newton said.

Reno claims Newton slammed a door on his arm and the injury he suffered was so great that he now needs physical therapy. Newton denies it, but he was arrested on June 16 and charged with third-degree assault, per The Daily Beast.

Reno appears to close the door without injury in security camera footage of the incident. Newton also released additional footage believed to be from the next day when Reno was seen using his allegedly injured arm to transport files and get in and out of his truck.

“Mayor Newton is trying hard for the citizens of Tarrant,” Bonham said. “But it’s the people that hold office in Tarrant that’s keeping him from moving forward.”

Bryant, who has served as a councilman for 12 years, explained to The Daily Beast that his issue with Newton has nothing to do with race, but with the mayor wanting to shake up the establishment that has long been in place in Tarrant.

Bryant admits that he once attempted to provoke a fight with Mayor Newton by calling him a “little boy.”

“I was trying to piss him off to see if he’d come after me,” Bryant said.

“He is a dictatorial person,” Bryant said of Newton. “Reminds me of Adolf Hitler.”

Newton says that attitude exemplifies some of the backlash to his election and progressive mindset.

“My election kind of represented a transition from the old guard to the new,” Newton told The Daily Beast. “If you actually go and talk to most people that actually live here in the city, they actually like the things that I’m doing.” 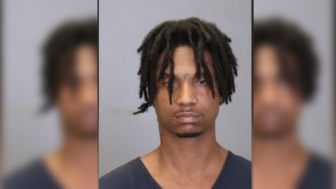 The Alabama Democratic Party has called for Bryant’s resignation, saying in a statement issued Tuesday that, “Alabama still has a long way to go when it comes to race, but cozying up to the KKK and using the N word should make you unfit to serve. These racists belong in the history books with Bull Connor and George Wallace, not on the taxpayer’s payroll.”